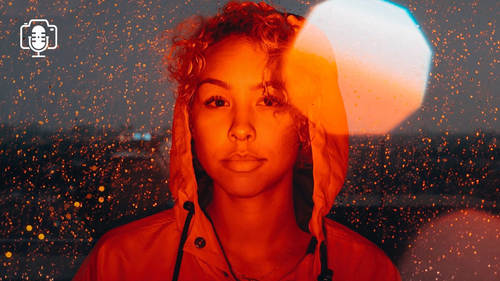 Hello, everyone. And welcome to Creativelive. Welcome to creative life, TV or wherever it is that you're tuning in. I'm your host, Kenna Klosterman. And I am here with you coming from my living room to yours for another episode of we are photographers. That's our podcast hair creative life where we talk to photographers, filmmakers, creative industry game changers. And we go deep into why they do what they dio. This is not a podcast talking about gear. Ah, we like Teoh get into the winds, the struggles because we're all creatives and we all have them. So we like to connect with use that you know you're not alone. So if you are tuning in, wherever it is on Facebook or YouTube or Twitter, if you're watching live, you can join the conversation. But the spot that I'm gonna be seeing your questions and comments first is over on creativelive dot com slash tv. So feel free to join the chap, and I will see you there. Got Kate Desa, who is also in those chats, helping out and chatting with you ...

Elise Swopes is an artist specializing in photography, influencer marketing and graphic design. Born in Minnesota but raised in Chicago, she sees and photographs her hometown with a unique lens - her iPhone.
SEE INSTRUCTOR'S CLASSES