Lesson 3 from: Proofreading Your Own Work 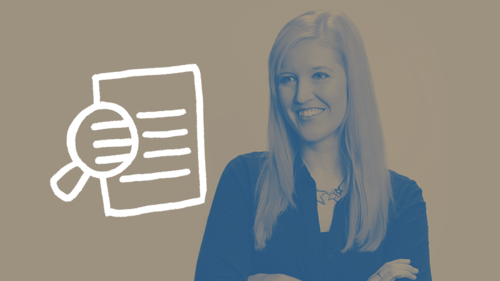 Writing > Proofreading Your Own Work > Take A Little More Time: Tighten Up Sentences

Lesson 3 from: Proofreading Your Own Work

We're gonna tighten up our sentences. We're gonna set aside a good afternoon to look at how the writing is and how we can improve it. Subject/Verb Agreement. If the subject is singular, verb and pronouns, must be singular. With plural, verb and pronouns must be plural. Now here, language changes, and we all know language changes, so it's important to stay abreast of everything that's new, and one of the new things is the fact that they has been approved as a singluar pronoun. You can say, everyone got their books. If people have a preferred pronoun of they, you can say, Heather went and got their book. So, make sure that, not only are you using them appropriately, check to see what the current usage of a word is. It changes, 'cause language changes. All right, here we have verbs, subjects. It gets sticky when they're separated. When we have either a collective verb, those are difficult because it's a collective thing, we want to put a collective verb with it, but they usually have a si...