How to Create a Clipping Mask 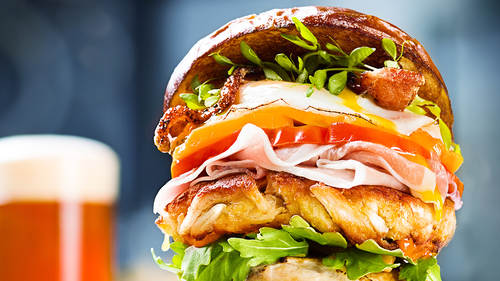 Commercial > Retouching Product Photography > How To Create A Clipping Mask

4. How to Create a Clipping Mask Show Transcript

How to Create a Clipping Mask

All right, now I am seen one thing you guys see this edge here, it's a little bit of black that happens a lot, doesn't it? You get that little edge on there and it's just you don't know what to do. Well, I'm sure you guys are really cool trick you can use with clipping mouth. Does everyone know what clipping masks are? A couple people ok, cool let's go for clipping masks just real birth briefly because they're they're super super helpful. So let's say I wanted a layer to be visible on lee, where another layer was visible, ok, like I want this layer if I'm going to be creating a brush let's, just create a brush stroke to kind of get a good example, so we're going to create a brush stroke right over top of our chair. Now by default, this is going to be visible wherever you put it, but if I wanted to be visible on lee, where layer one is visible, I can clip this layer to layer one, so to clip earlier, just right click and go down to create clipping mask and now, because I have a layer mas...

As a product photographer your main goal is to make products look as good as possible. In Retouching Product Photography, Aaron Nace will teach you essential retouching techniques so your products look their absolute best.

Even under the best conditions product photos will contain flaws that need to be fixed in post-production. In this class, you will learn how to combine multiple exposures, clean up backgrounds, use the pen tool and color correct. Aaron will show you the best way to eliminate distractions and enhance detail in all your product photos.

Great as always. Thank you Aaron

I am a big fan of Aaron Nace work, the class is definitely beneficial, but I was expecting a sample similar to the burger displayed.