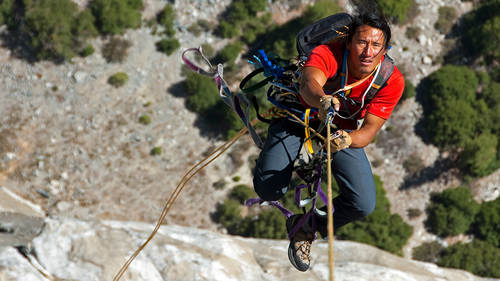 1. Risk, Fear, and the Art of Chill with Jimmy Chin Show Transcript

everybody. What's up? Good morning. Good afternoon. Good evening. Wherever you are on the planet, I'm chased. Your friend, your host, your guide and the founders that you have creative live here about to drop into the next episode of Chase Service Life here on Creativelive if you're new to the show, this is where I sit down with the world's top creators and entrepreneurs and do everything I can to bring you what's in their brain with the hope of helping you live your best life. And today we're going to go deep with someone who had of ah, long respected and admired. We've been in the same circle for about 15 plus years. He is a climber of photographer in a filmmaker, the Academy Award winning film maker of the film Free Solo, which you certainly have seen. It's no surprise that we're talking about Mr Jimmy Chin. He's also a National Geographic photographer and well known mounts birth at sports athlete known for his ability to capture extraordinary imagery while climbing skiing in the hi...

It’s not often that Jimmy Chin spends time in once place, so catching him for this sit-down conversation has been a long time in the making.

Jimmy is an Academy Award Winning Filmmaker, National Geographic photographer and mountain sports athlete known for his ability to capture extraordinary imagery and stories while climbing and skiing in extremely high-risk environments and expeditions. His work has graced the covers of many magazines and articles including National Geographic, and the New York Times. His 2015 film Meru won the coveted Audience Award at the Sundance Film Festival and was on the 2016 Oscar shortlist for Best Documentary. Jimmy’s latest documentary Free Solo won a BAFTA, 7 Emmy’s and an Academy Award for best Documentary Feature in 2019.

In this conversation, Jimmy takes us on a tour of his career and gives us almost a step-by-step breakdown of how he came up from a kid sleeping in his car at the crag and shooting whatever he could to working with some of the top mountain athletes in the world. Some topics we get into: