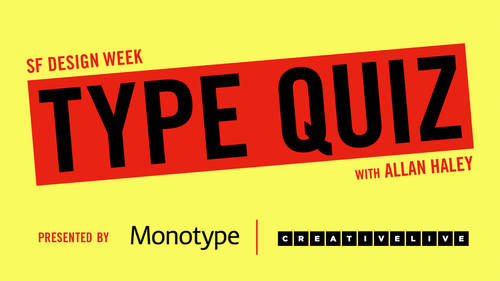 Okay. Part two for the really big prizes. Okay, first question, Robert. Bring hers. Elements of typographic style. Uh, he classified the top following typefaces, but don't able murdered Ito wall bomb as what? What are the four? Did he classify them as they don't Lyrical, modernist, neoclassical or romantic? Mark it on your sheet. Which of those classifications did Robert bring Hurst to put to those typeface designed typeface designs? Oh, I see some friends out there from people that shouldn't be frowning. Okay, can we move on? OK, what would you find in this white area of the California job case? What would you find? I'm not sure that you there is. I don't know that I give you an answer on the choices on that. I think you just need to figure that one out. What would you find in that part of the California job case? You know, it's the metal type and all that stuff. What would you find there? Okay, I'm gonna move along. Oh, right there. Okay. Bud Kettler, little known typeface designer. ...

Allan Haley is a consultant and storyteller with expertise in fonts, font technology, type and typographic communication.  Mr. Haley was Director of Words and Letters at Monotype, where he was involved in all aspects of building and maintaining the company’s typeface library. He was also responsible for educational content for the company’s web sites and was an important link between Monotype and the graphic design and design education communities.  Mr. Haley is ex officio Chairman of the Board of the Society of Typographic Aficionados, past President of the Type Directors Club, and was Executive Vice President of International Typeface Corporation. He is also a prolific writer, with six books on type and graphic communication and hundreds of articles to his credit.
SEE INSTRUCTOR'S CLASSES