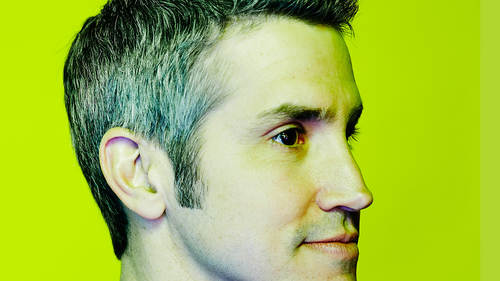 I am not doing a shoot this morning I have a dear friend his name is johnny well have been hiding in the rocks then you haven't heard of it but otherwise he's a very well known author he's authored several books but yeah I've been hired by christianity today to do an editorial shoot of john and editorial shoots are always a little different because they only use the images once and so then you get to own the images that's the nice thing about shooting for magazine and that's how a lot of editorial photographers that shoes celebrities that's how they make money is that they shoot celebrities for the magazine and then after the embargo period in sixty eight and nineteen days those celebrity photographers get to own those images john is a dear friend we're in a mastermind group together mastermind group is just a a cool thing that's happening right now where you pick friends and different industries you get together and you each share your winds for the week where you in the purpose of sh...

What a fun shoot! he gave me a lot of ideas to incorporate in my next portfolio build. I loved how he eased his subject into a shoot and the photo selection process. #respect

This was a WAY COOL shoot. I loved watching this and it definitely got the creative brain going. Thank you CL and Jeremy for letting us watch this!