Lesson 22 from: Starving to Successful: How to Become a Full-Time Writer 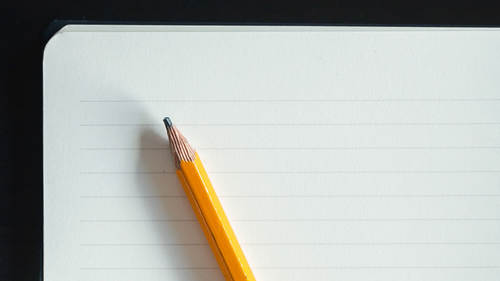 Writing > Starving To Successful: How To Become A Full-time Writer > Final Thoughts

Lesson 22 from: Starving to Successful: How to Become a Full-Time Writer

The 3 Types of Writers

Clarify Your Message with a World View

Get Your First 100 Subscribers

It is possible. I hope that the thing that you take away from today is this stuff works if you do it. Ben had a message, and then he tried to go write a book. He skipped a step. He skipped a lot of steps. And it didn't work. So he's like, "Well, what am I missing? "Well, I need to build a platform, "and I need to do it in a way that's based "on what other people have done, "and I've gotta have a blog, "and I've gotta start publishing, "and I've gotta have an email list. "I have to have a reason people sign up for that email list, "so I gotta create a lead magnet." He kept tweaking that until he found what worked really well for him. Then he got a thousand subscribers. Then he got a few more. Then he started to guest post pretty aggressively, and he found the things that worked for him. And he didn't just kinda do things as he felt like it, but he took all these activities and compressed them into certain time blocks. And I think that's a really good takeaway. If you're gonna write ten ...

guest posts over the next year, write all of them and publish them all in a three day period, and all of a sudden you're everywhere. And you can drive a lot of attention to your blog all at once. And so doing these things in sort of compressed pieces works really well, but the bottom line is this process, I've just seen it work again and again and again, and every time it kinda surprises and amazes me. So we talked earlier about, does this work for anybody, like will this work for me? Yeah, it will. But does it work for everybody? No, because people are gonna listen to this and not do it. But I don't think you will and I don't think you will. And so if you do the work, you're gonna see the results. Ben continues to connect with his audience, and he's making now tens of thousands of dollars a month off of that audience. And finally, now he's got an audience. He's got a hundred thousand people listening to him. That's a hundred thousand opportunities to help people, to make money, to find ways to spread his message and to get his ideas to spread. Before we kind of wrap up and conclude, any questions about this process, about this stuff? Is anything still foggy? Before we're done, you can get that final itch scratched. Yeah? Yeah. So, touching on the signature product, do you have any thoughts on upgrading that, the signature product? Say you have your signature product, your course. Yes. Do you then look at, while that's working well, do you look at, "Okay, what's the next signature product "that I can make? "What's the next version?" You know. Do you build on that? Or do you-- Yeah, I think there's two ways to look at it. The idea of a signature product is that there probably won't be many of them. You know, signature is like the one thing that you do that distinguishes you. There could be a few over the course of a lifetime, like there's typically a few big hits that we're known for. So, you can try to recreate that. I tried to do that and failed. And I realized, "Okay, well this is a special thing. "When you find something "that really connects, really resonates." And so what's better to do, is if you have a signature product, is to create sort of derivative products around it, so say you've got a course for 500 or 1000 or 2000 dollars, and people love the course, and I'm actually kinda working on something right now with this, but they want more, like micro-help. You gave them the macro thing. Like we just went through 12 steps, and somebody might go, "I don't know how to install WordPress," so you could create a mini course, or you could create a community or a coaching program where you're doing some sort of ongoing help with this big thing that you're teaching. And so I think what's cool about a signature course, and this has been true for me, is that you can take that process and you can spin it off into basically derivative offerings. Like we took Tribe Writers and we turned it into a live workshop that is thousands of dollars per person. And basically I just teach, I teach the class. But we do it live, we do it interactively, and that adds a different level and different layer of value. You could take the same thing and create a membership site, an event, a coaching process, and that signature product just basically becomes your curriculum. And I think what's fun about this is you can take a book or an idea or process that you have and you can turn it into a bunch of different things that all are kind of the same thing but they're packaged differently and they're this suite of products and it can work really well. Because some people wanna see it, some people wanna hear it, some people wanna do it. Some people need you to hold them in the chair and make them do it. And there's value to all forms of that.

Originally from Chicago, Jeff moved to Nashville after graduating from college and spending a year traveling with a band.In college, Jeff studied Spanish and Religion and spent part of his Junior year in Spain, which unlocked a passion for travel,
SEE INSTRUCTOR'S CLASSES

I had the opportunity to be LIVE for this class recording. An amazing experience, for sure! I came to this day knowing about Jeff Goins' work but not familiar with CreativeLive. Now I know I will explore more classes. THIS class offers so much value to the participant. You will gain a boatload of confidence and terrific ideas, as well as learn a step-by-step process to take action on your idea and make it something you can be proud of and grow your creative idea upon. Jeff's teaching is clear, inspiring and actionable. Unequivocally worth the investment.

I had the opportunity to be LIVE for this class recording. An amazing experience, for sure! I came to this day knowing about Jeff Goins' work but not familiar with CreativeLive. Now I know I will explore more classes. THIS class offers so much value to the participant. You will gain a boatload of confidence and terrific ideas, as well as learn a step-by-step process to take action on your idea and make it something you can be proud of and grow your creative idea upon. Jeff's teaching is clear, inspiring and actionable. Unequivocally worth the investment.

Jeff has a terrific delivery method of his material. He is passionate about writing and truly wants to help other writers make a living doing what they love. This class, his books, and his courses are all worth your time and money. Lots of call to actions that, if you do them, will help you become a successful and prolific writer. Thank you Jeff! You rock!