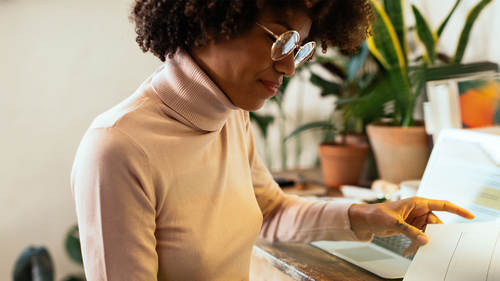 So, there was a time where, I'm just going to be honest. Do I have permission to be transparent today? (audience murmuring) Okay, so I'm going to tell you the truth. So, I actually, sometimes will get a charge back from a client because I didn't deliver what I was going to do. Like, I love selling products. Like, that's my jam. I don't necessarily all the time like to order the products. Does that make sense? (laughing) Oh, I'm not the only one, okay. So I will, I love ordering, I mean I love like placing the orders, I mean like woo getting the sales, like yes we're in this thing, right. But then I like wait a long time to like place the order. Because it's like something about placing the order I just didn't like, right. So if I would see a client in the grocery store, I would be like, right. (audience laughing) Because the first thing they're going to say is what, where's my album, right. Where's my prints, where's my such and such, and so I'm like, I'm sorry. So, there are times whe...