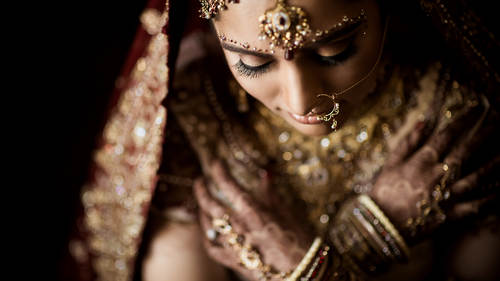 In order to develop your own style, one of the things that I think has helped me in this industry with regard to continuing to shoot fifty weddings a year for the past fourteen, fifteen years is my separation with regard to the style of work that I do, the imagery that I produce there is a little bit of ah well, I should say a lot of bit of a difference between hopefully myself in my competition than I do that with the work first we could sit here and we can do a business class we can do a lot of different things we could talk about customer service and and how I handle enquiries but we don't have time for that today today is text up today is talking about light today is talking about how to see like, how to use light the difference between quality and quantity of light and we're going to go right into it but we're going to talk about how to capture that light first on howto uh get it technically and I'll show you first of all what I bring to a wedding a zoo rusty doing him a nikon amb...

All great photography starts with spotting and capturing great lighting. Join veteran wedding photographer Cliff Mautner for an in-depth exploration into the delicate art of event lighting. Cliff will cover fundamentals like texture, dimension, gear essentials, exposure settings, and how to create mood with light. Plus, he’ll explore quality light vs. quantity of light, direction of light, and how to put it all together during a wedding to create an experience your clients will love.

Cliff is one of the really true masters of light and emotion.. I am thrilled with this course and look forward to seeing more from him!! I hope to one day be blessed to attend one of his boot camp classes in the near future. Thank you for a wonderful seminar! Kim Zuccaro

I love how Creative Live features a wide variety of professionals whose styles are all their own. I always have a few takeaways from every class that enhances my own style. Like Cliff, I love backlight...that ever-so-delicate rim light that defines a bride's face. He does go into the how's and why's of his images, which is a great way to translate what he says into what we can achieve. Cliff's relaxed conversational teaching style enables the viewer to completely grasp his own personal shooting methods.

An eye opening course from a legendary photographer. By the way the lady with the two hands above the couple looks to be blessing them in a traditional Jewish manner.