The Art of Curiosity and Lifelong Wisdom

The Art of Curiosity and Lifelong Wisdom with Chip Conley 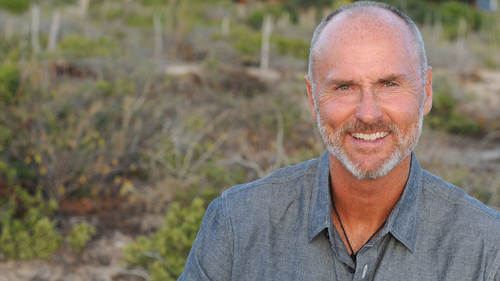 The Art of Curiosity and Lifelong Wisdom

1. The Art of Curiosity and Lifelong Wisdom with Chip Conley Show Transcript

Class Trailer
1 The Art of Curiosity and Lifelong Wisdom with Chip Conley 58:47

The Art of Curiosity and Lifelong Wisdom with Chip Conley

No. Hello, everyone. And welcome to creative live. I'm your friend, your host, and happen to be the founder CEO of Creative Loving Chase. Welcome to another episode of this show here on Creativelive. If you're familiar with the show, uh, then you know what your in store for. And if you knew, I wanna welcome you. This is where I sit down with the world's top creators and entrepreneurs and I do everything I can tow unpack their brain with the goal of helping you live your dreams in career, in hobby and in life. We are live streaming today and I know that we broadcast a bunch of different places on the Internet. If you're watching this, a creative live TV, I get your questions and comments first. If you click the live chat button in the upper right hand corner or if you're on YouTube or Facebook and other platforms, Um, I do see your comments maybe 30 seconds delayed, but, uh, please share your thoughts and questions with our guest today because I know that you're here for him and not me.

If you’re in or approaching mid-life and feeling a bit invisible, you might be under valuing one of the most important things you bring to the table: experience. Enter my guest, Chip Conley, who reminds us: Digital skills are will fade or evolve over time. Human skills such as good judgement, specialized knowledge, ability to collaborate and coach never expire.

Chip is the hospitality maverick and NYT bestselling author who disrupted his favorite industry… twice. At age 26 he founded Joie de Vivre Hospitality (JdV), transforming an inner-city motel into the second largest boutique hotel brand in America. He sold JdV after running it as CEO for 24 years, and soon the young founders of Airbnb asked him to help transform their promising start-up into the world’s leading hospitality brand.

Chip has written five books at the intersection of psychology and business. In his recent book, Wisdom@Work: The Making of a Modern Elder where he shares his unexpected journey at midlife and inspires us to embrace wisdom as a path to growing whole, not old.

New York Times bestselling author Chip Conley is the hospitality maverick who helped Airbnb's founders turn their fast-growing tech start-up into a global hospitality brand. In Wisdom@Work: The Making of a Modern Elder he shares his unexpected journey at midlife &#8212; from CEO to intern &#8212; learning about technology as Airbnb&#8217;s Head of Global Hospitality and Strategy, while also mentoring CEO Brian Chesky.&#160;
SEE INSTRUCTOR'S CLASSES