Lesson 2 from: The Art of Meeting and Greeting People 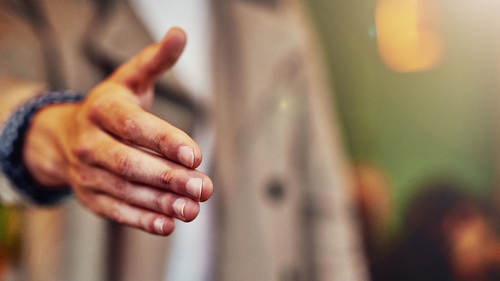 Lesson 2 from: The Art of Meeting and Greeting People

Shaking hands, this is a fundamentally important part of a good self introduction. If I were to start to build a set of bullets or describe important parts of a self introduction, if I were to start to ask everybody whose ever shaken hands with anybody, what are the elements of a good handshake? The answers would be remarkable similar. I know because I do this exercise a lot and I hear from people all the time, and I usually don't reveal anything shocking or new when I talk about the elements of a good handshake. I will also tell you that people love to talk about shaking hands. It is such a universal gesture, it's such a universal experience. It's something so many of us have navigated. It's also one of those rare opportunities that we have to physically touch one another. Often times we go through our lives without physically engaging with the people that we're with. Human contact is a rare and special thing. Particularly in professional contacts, we don't physically interact with th...