The Creative Art of Attention 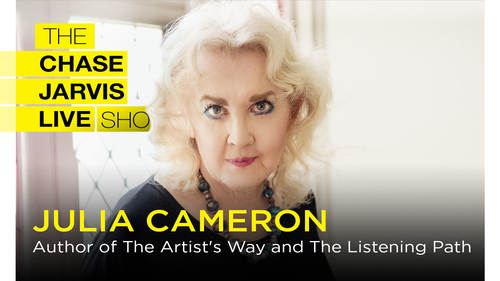 The Creative Art of Attention

Mhm Mhm Yeah. Oh we love you. It brings me so much pleasure to have this guest on the show. Please join me in, welcoming, tap your keyboards, raise the roof, smile largely clap wherever you are listening or watching the show right now because it brings me so much pleasure to welcome Julia Cameron to the show, Julia, thank you so much for being here and welcome, thank you. It's good to be here and uh to say that you are celebrated in the culture that I come from culture of people who identify as creators and entrepreneurs would be a massive understatement because of course, you wrote one of the most prolific, important and critical Books, books that helped transform millions and millions of lives. And I think you wrote it back in 1992, if my memory serves me correct. And it's called the Artist's Way. And we're here today to not just talk about the Artist's Way, which I do want to cover, but you've also got a new book out which I have to confess I have read. And uh, is every bit the geni...

If you’ve been honing your creativity for awhile, you might have come across The Artist’s Way, by legendary author Julia Cameron. Her work resonated with me in more ways than one, including helping myself and millions of others work to cultivate creativity and grow my craft.

Julia joins me on today’s show to talk about her life journey, upcoming book, The Listening Path, and the heart-warming backstory behind her bestselling creation, The Artist’s Way.

The Queen of Change is credited with starting a movement in 1992 that brought creativity into the mainstream conversation— in the arts, in business, and in everyday life. With over 40 books (both fiction and nonfiction) published, and a successful career as a poet, songwriter, filmmaker, and playwright, Julia’s story is a must-listen for any creative mind.

In this episode, we unpack: