The Lost Art of Breath 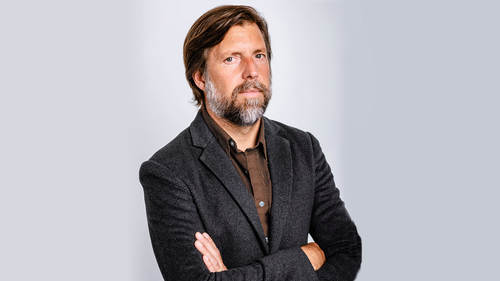 The Lost Art of Breath

Hello, everyone, and welcome to Creative Live. I'm Chase founder, CEO and founder, CEO of Creative Live and your host for the next hour. I am so fired up for today's conversation before we get into the guest, which is for whom I know you're here. I want to welcome you. And wherever you're watching this, we Simon stream all over the Internet at YouTube, live at Facebook Live uh, in Instagram Live, even Twitter slash periscope and, of course, on the class page at Creative Live or Creative live dot com slash tv. That's where the best experiences is the best experiences on its where I see your comments first. So if you're on one of those pages and you click join chat, I get those questions and I can share those with the guest. And that being said, if you are on Facebook or YouTube, live or wherever, I do see your comments there just a little bit delayed. But I'm excited to be able Thio elevate some of those questions so that our guests can see them and respond to you. Um, and that interact...

One of the most essential functions for health and wellbeing of a human is just breathing. Breathing air. In and out. In fact, we do this 25,000 times a day. Yet, as today’s guest James Nestor will share, a wide majority of us have lost the ability to breathe correctly wreaking havoc on our health. But all is not lost. Modern science agrees, that even the smallest adjustments in the way we inhale and exhale can have dramatic downstream positive effects.

James Nestor is a journalist who has travelled the world to find out what is going on with our breathing. He has written for Outside, Scientific American, The Atlantic, Dwell, The New York Times, and many other publications. I first discovered his work with his book Deep: Freediving, Renegade Science, and What the Ocean Tells Us about Ourselves which was a finalist for the 2015 PEN/ESPN Award for Literary Sports Writing, an Amazon Best Science Book of 2014, and more.

What James has learned about the breathe to help with anxiety, asthma, sleep apnea, physical & mental performance, even rejuvenate internal organs, reverse auto-immune diseases, strengthening the immune system and so much more.