Lesson 7 from: The Method to a Successful (and Fulfilling) Photography Career 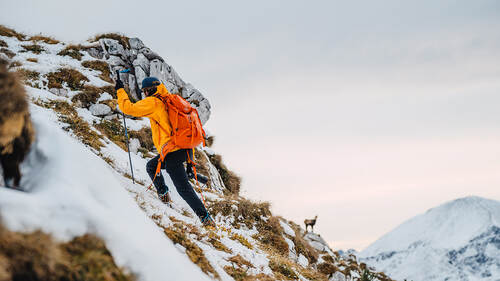 Lesson 7 from: The Method to a Successful (and Fulfilling) Photography Career

This episode is a simple playbook for you to set goals and achieve them whether it's long term or short term. I wanna begin talking about the difference between goals and resolutions. Resolutions happen usually, you know, when the new year arrives. And resolutions, the problem with them is that they're very vague. So a resolution can be, I wanna be a better photographer this year. Cool. That's good. But it's really hard to define it. You know, what's your parameter? So a goal against that for example would be, I wanna go on three photo trips this year. Right? That you can measure and that would actually make you a better photographer. So the difference between a resolution and a goal is one is precise and measurable. The other is just some, you know, wishy-washy good idea. So for example, if you wanna go on three photo trips this year, let's say, that's your goal. You have a place to start and you can break it down into steps, 'cause that's gonna take you to save money, do research, fi...

nd a place to go, find some friends to come with you. See, there's like all these little steps you can break down. And with those steps broken down you can hopefully achieve it. So I've, I've found out that to achieve goals and any goals, you just need a method. So I'm gonna walk you through what my method is. So first off, you wanna define your goal. Straightforward, but sometimes we are always hoping for something we want to do, but we never really take the time to sit down even if it's half an hour and to redefine what we want, right? So define your goal. If you're lacking inspiration, you know, not always, not everybody is goal driven, right? That's totally fine. So if you're not a goal driven person, but you still want to get things done or change things for the better, I suggest you do this little exercise and it's a simple look at the year that, you know, just one went by or last year and how do you feel about it? And just think to yourself, you know, what could you do differently? That is a good place to start like. Well, I wish I would've done more of this or more of that. Look at photos from the year before. Are you happy with them? Are you not? That always gonna give you a good place to start? And then you can set on to define your goals. The second thing that I found to be useful is to be realistic. And I know that I talk about being an optimist and it's a good thing, but also if you're not realist with your goals you're gonna end up cramming too many in a year. And when you have too many goals, you know, it's like people will have, you know, six or seven post-its on their computer screen. It's like you have no priorities, right? So you have to set up your goals, sure, but be realistic with them. So if you've never done that before, don't go and set up 10 goals for the year. Just set up three really good things you wanna do and achieve them. If you even do two out of three, that'd be massive win. And the third thing is to simply make a plan once you found out what you want to do. Just literally break it down. And I know this is not the sexy part of the whole thing. It's like, you have to break it down. Let's say that you wanna go on three trips this year. Okay. So then let's say that you're gonna say, okay, on February 1st I'm gonna know when the first trip happens. March 1st, I'm gonna know who, which friends I'm gonna invite. March 15, I have a final list of friends that come with me. April 1st, I know where we're going on the first trip. April 15, we've booked it. Right? Just write this little timeline. Like I've said, just on a simple piece of paper and just check on it and just work through it slowly, right? It's, it's like a marathon. You don't look at the whole race, you just look at the next step each time. And if you're antsy about finding the best tool to manage your goals, it's a question I get often. My answer is always simple is like the tool is irrelevant to me and should be to you. Just use whatever you are used to using. If you are using to putting all your stuff on iPhone notes, cool. Use that. Just something that you see every day, right? 'Cause you have to see them to keep moving on them. So don't spend too much time doing research on software. And then the last one implement, right? You've got your schedule, cool, now you just gotta smash it. Like this all seems very simple, right? I'm like haven't reinvented the wheel here, but you'd be surprised at about how many people never take the time to even do this. So to implement your, your schedule that you just built you need a system and a system will help you get your goals done. So system can be every Sunday I sit down, I check on my list. Every Tuesday I spend two hours doing this. And it's just like, sounds boring, but if you don't have the system nothing's gonna happen 'cause you're gonna always put that to the next day. Well, to achieve your goals, it's simple. You just need a system, right? So first you have a schedule. Then you need a strategy to execute the schedule and then you need habits to execute the strategy, right? It's pretty simple. It doesn't happen magically, but if you don't have that, it's not gonna happen. The exercise here is pretty straightforward. I just need you to set up some goals. So it's just about finding two hours in your week, next week, next weekend. Let's say, sit down, think about what you did last year that didn't work out and what you wanna do this year, 2021 is gonna be a better year, or if you're watching this in the future 2025. Just come up with your, a simple list of three goals for the year that are measurable, that make you excited, that are close to what you want to do, and that you think you'll have the perseverance to achieve and just tag Wildest on it, @wildestco and then we'll just share the best ones.