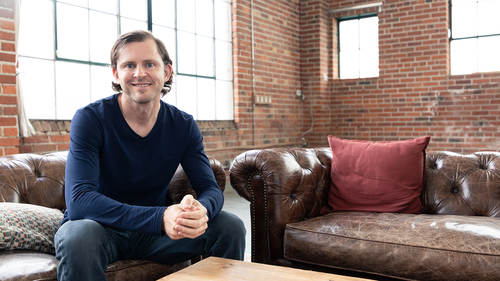 we literally have people from all over the world. We've got people from Scandinavia, people from South Africa. I see some Europe. We've got the full gamut here. So thank you so much for, um, reaching such a diverse and inclusive audience. Um, we've been friends for a long time, and one of the questions I'm seeing in the chat and one of the questions that I had if you remember, we sat down over on Italian meal the last time you were in Seattle, we could actually be within six feet of each other on breaking bread. And we were talking about the money tree. And one of the questions that I have that I know is true for others is this is this is a fiction book that you've written here, and you've embedded these lessons in a story. So what made you take that route? And, um, how much fun or extra hard work was it to quit? Two part question. It was It was extra fun and extra hard work. It was buff. Um, I got the idea. At some point, I don't remember exactly what the origin was, but I started thi...

Chris Guillebeau is the New York Times bestselling author of The $100 Startup. During a lifetime of self-employment, he visited every country in the world (193 in total) before his 35th birthday. Every summer in Portland, Oregon he hosts the
SEE INSTRUCTOR'S CLASSES

Chris is such a great orator. Do follow his podcast. Worth the time