The Science of Making Work Not Suck 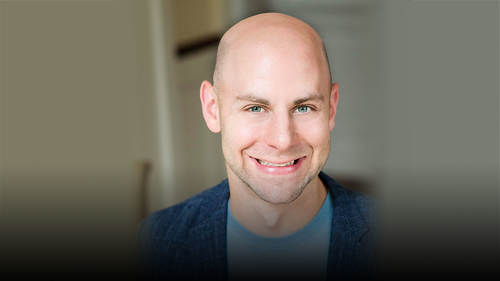 The Science of Making Work Not Suck

Hello, everyone, and welcome to creativelive dot com slash TV and the Chase Jarvis Live show here on CREATIVELIVE. You know the show. This is where I sit down with the world's top creators and entrepreneurs, and I do everything I can't in fact their brains with the goal. Helping you live your dreams and career in hobby and in life before I get to my guest today, I want to remind you that if you are watching at creativelive dot com slash tv, you can click the live chat window. Are the little button up in the upper right hand corner? I will be seeing your comments and questions, and I could afford them onto our guest during the course of the conversation. If you're watching on Facebook or YouTube or any other platforms that we Simon stream to, I will also see your comments there. But the best experiences that creativelive dot com slash tv Um, but I'll start. I'll stop talking about all the technical stuff and get into the reason that you're here today, which is our guest. Mr. Adam Grant ...

Interested in making work not suck? We spend a quarter of our lives in our jobs. My guest today wants to make all that time worth your time. Enter Organizational Psychologist, Adam Grant. Adam has been Wharton’s top-rated professors for 7 straight years. He is recognized as one of the world’s most-cited, most prolific, and most influential researchers in business and economics. He has written 4 New York Times best selling books including Give and Take, Originals, Option B, and Power Moves.

Adam is also the host of the top-charting podcast on TED, WorkLife, which dives deep inside the minds of some of the world’s most unusual professionals to discover the keys to a better work life.

In this conversation, we dig into many of the common questions about creativity including:

Adam’s researched-based insights are laser focused in helping us decipher the science behind creativity, success, and fulfillment.