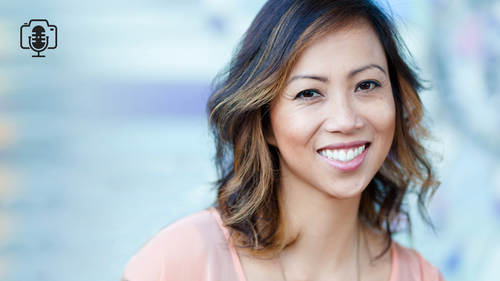 mhm. Yeah. Yeah. Mhm. Mhm mm. Into Yeah, Yeah. Hello everyone and welcome to Creative Live. We are here for another episode of our podcast. We are photographers right here on Creative Live tv. This is where we connect you with photographers, filmmakers, industry greats all over the world so that you can ask your questions here. The conversations participate with each other and know that you are not alone in the creative journey. Um So if you are tuning in while we are alive right now, whether that's on creativelive dot com slash T. V. Where you can click on the chat icon and join us in their chat with each other, ask your questions. Um give each other examples and and tips and if you are watching on our facebook youtube twitter, you can do the same, you can type on in there and I'll see your comments and of course we always love to know where it is that you are tuning in from, from all over the world as we are a global community. So let's get started. Once again, I'm kinda cluster in y...

If you’ve ever feared putting imperfect creative work out into the world, this episode will resonate with you. Cielo shares key insights from creating a video a day for the year 2020. Learn how she develops content even when feeling uninspired. Cielo explores the art of storytelling including all the different ways to tell stories - from structure to visuals to voice. Find out Cielo’s go-to gear for mobile filmmaking and the exciting long-term projects she is in the process of creating.

Cielo de la Paz is a photographer and mobile filmmaker whose work was featured for several years in Apple’s Shot on iPhone Billboard and TV Commercial campaign. Her work has won the Gold Cannes Lions Award and honors at Mobile Photography Awards and iPhone Photography Awards. Cielo loves to teach others to make their own mobile videos and regularly teaches at Stanford, Google, and CreativeLive. When not traveling the world to teach and speak about smartphone videography, Cielo vlogs on her Youtube channel and provides resources for her TheStoryographist.com.

Cielo de la Paz is a San Francisco-based mobile filmmaker and photographer and founder of TheStoryographist.com. With her mobile videography and filmmaking courses, Cielo has taught thousands of individuals tell their stories &#8211; using nothing but their mobile phones.
SEE INSTRUCTOR'S CLASSES