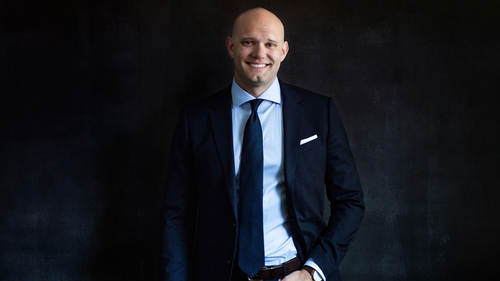 had everybody. What's up? It's chase. Welcome to another. So the Chase Travis Live show here on Creativelive. You don't know the show. This is where I sit down with the world's top creators, entrepreneurs and thought leaders. And I do everything I can to unpack their brains with the goal of helping you live your dreams and career and hobby and in life, my guest today, before we get into it, is someone who is going to help you change your life. I don't mean that in a sort of software. I mean, uh, Mr James, Clear is the man about town around habits and how to change your behavior to achieve those dreams that you have for your career and your hobby in life. But before I introduce James, I wanna welcome you to wherever you're coming in from. We are live today. So I see people coming in from I got five or six different countries. Now I gotta Colombia there. Is that right? I think now I gotta anteed France. We've got South Africa is always here. Australia. Um so if I say we got a global audi...

James Clear is a writer, speaker and the bestselling author of one of my absolute favorite books, Atomic Habits. His work on decision-making, continuous improvement and personal development has been instrumental in my life, but it’s his focus on habits that fires me up the most.

If you’ve read Creative Calling or listened to this show in the past, you’ve probably heard me describe the creative pyramid. On the bottom of that pyramid is mindset, and at the top are your goals. The thing that connects your mindset and your vision for what you want in life? That’s your habits.

In this conversation James helps us focus on the power of habits to foster success, and more importantly, fulfillment.

James Clear is a writer and speaker focused on habits, decision-making, and continuous improvement. He is the author of the New York Times bestseller, Atomic Habits. His work has appeared in Entrepreneur magazine, Time magazine, the New York Times, the Wall Street Journal and on CBS This Morning.
SEE INSTRUCTOR'S CLASSES