Truth, Fear, and How to do Better with Luvvie Ajayi Jones 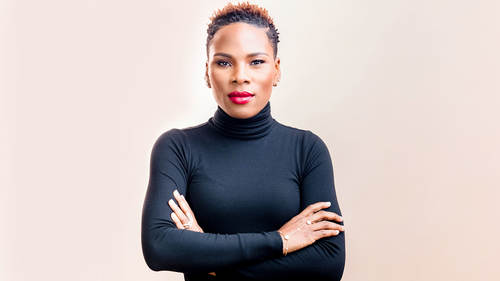 1. Truth, Fear, and How to do Better with Luvvie Ajayi Jones Show Transcript

Class Trailer
Now Playing
1 Truth, Fear, and How to do Better with Luvvie Ajayi Jones Duration:1:18:22

Truth, Fear, and How to do Better with Luvvie Ajayi Jones

Hello and welcome everyone, I'm Chase. So the service live show here on Creativelive. Hopefully you all know this show. This is where I sit down with the world's top creators, entrepreneurs and thought leaders and I do damn near everything I can to unpack their brains with the goal of helping you live your dreams and career and hobby and in life before we get to the reason that you're really here for our esteemed guest today, I want to welcome you from wherever on the planet. You might be tuning in from, uh, and let you know that you have the ability to impact our conversation today. If you've got questions, comments, thoughts, and you'd like to share them, just type in the comments there. If you are at creative live dot com slash tv, that's gonna be your best viewing experience. That's where I see questions and comments first. That being said, if you're on Facebook, live instagram live YouTube, live periscope or any other platforms that we live stream to I do see your comments just li...

Luvvie Ajayi Jones is a New York Times bestselling author, podcast host and an incredible speaker. She sits at this amazing intersection of comedy, justice and what she calls, professional troublemaking.

Speaking of professional troublemaking, this episode Luvvie brings so much clarity around finding our voice, being intentional in our actions, and being unapologically ourselves. Luvvie starts us at her journey through writing. What started as a fledging side project she worked on in her free time became a 17-year (and still counting) blog, AwesomelyLuvvie.com.

We learn how she grew her community, knew when to transition to writing full time, and sharing her voice on stages, podcasts, books while staying true to herself.

Of course we also talk about her critically acclaimed book I’M JUDGING YOU: The Do-Better Manual and she gives us a little a sneak peek into her upcoming new book, the Fear-Fighter Manual.