Lesson 1 from: Turn Fear Into Opportunity 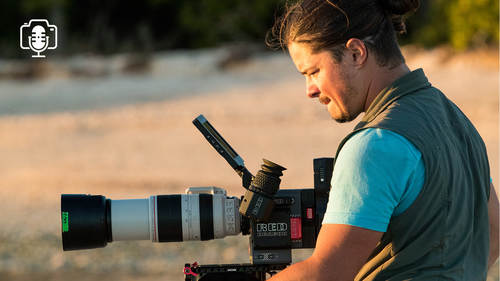 Lesson 1 from: Turn Fear Into Opportunity

Mhm. Yeah. Look, No! Hello, everyone. And welcome to Creativelive. Welcome to Creative Live TV. Welcome to the We are photographers. Podcast. I'm your host, Ken Klosterman. We're coming to you live today from my living room to wherever it is that you are, uh, probably staying at home. Staying safe. So want Thio again? Say that I hope that you are all doing well. We here at Creativelive if you're watching on creativelive dot com slash tv If you're watching on Facebook live YouTube, live Twitter live we welcome you to join the conversation. About a little over a month ago, we started creative live TV to continue to connect us all as creatives. All of you out there a lot of times now we can feel unconnected. So we want you to connect, be entertained, be inspired. And, man, today you are going to be inspired by my guest For the we are photographers podcast. His name is Felipe de Andrade, and he is an incredible human being. When I first met him a couple weeks ago virtually of course, it wa...

Filipe DeAndrade is a Brazilian born, Cleveland raised, filmmaker who has a passion for wildlife and freely admits he is addicted to adventure. He&#8217;s a 10x Emmy award-winning wildlife filmmaker and conservationist. Filipe started a production house with his friends called Comfort Theory and in 2015 won National Geographic&#8217;s &#8220;Wild to Inspire&#8221; short film competition at the Sun Valley Film Festival.
SEE INSTRUCTOR'S CLASSES