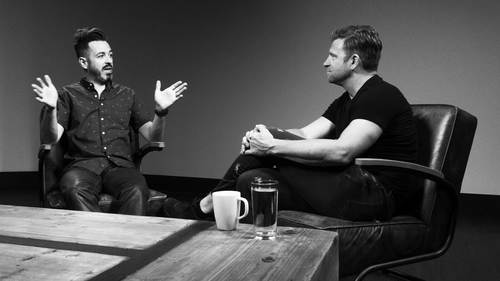 Hey everybody, what's going on? It's Chase. Welcome to another episode of the Chase Jarvis Live Show here on Creativelive. You guys know this show, right? This is where I sit down with the world's top creators, entrepreneurs, and thought leaders, and I do everything I can to unlock their brains with the goal of helping you live your dreams in career, in hobby, and in life. My guest today is a serial entrepreneur. He's founded a couple companies, one of which I know you will know called Moz. It revolutionized SEO back in the day. He's also been 30 under 30 for Business Week's top entrepreneurs, and he's got two new things to talk with us about today; one new company called SparkToro and second, a new book that just dropped. My guest today is is Rand Fishkin in the house. (gritty rock music) (audience applauds) They love you. Great to see you, man. This has literally been more than a year in the making, and we spend, I spend a good bit of time in Seattle, mostly San Francisco, but ...

Even more than the “what” Rand does…it’s the HOW he does it that I find completely extraordinary. Everything, it seems, has been non-traditional. From college dropout to serial entrepreneur. Join us on this conversational journey as we dispel startup culture tropes, ‘best practices’ and fight back against “traditional” wisdom.

Rand Fishkin is a serial entrepreneur, marketer extraordinaire and SEO genius. Among other things, the guy is an online content legend, having built the legendary MOZ, one of the first online resources/communities helping creators optimize for SEO (yes search engine optimization…aka if you make content, it’s helping your people find you on the internet) and now he’s got a new company you’ve gotta know about, and a new BOOK, called Lost & Founder – aimed at helping all of us creators and entrepreneurs find our way. SUCH A USEFUL BOOK.

Rand runs most of the show at&#160;SparkToro. He was formerly co-founder and CEO of Moz, co-founder of Inbound.org, and author of Lost and Founder: A Painfully Honest Field Guide to the Startup World.
SEE INSTRUCTOR'S CLASSES