Lesson 1 from: When Preparation Meets Opportunity 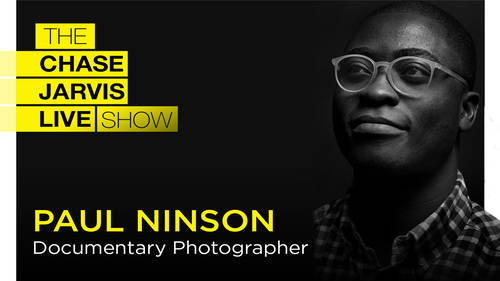 Lesson 1 from: When Preparation Meets Opportunity

Hello, everybody, and welcome to another episode of the Chase Service Live show here on Creative Live. You all know this show. This is where I sit down with the world's top creators, entrepreneurs and thought leaders, and I do everything I can to unpack their brain with the goal of helping you live your dreams and career in hobby and in life. I am extremely excited about today's episode because it's an episode that you all have been asking for. And what I mean by that is ah, lot of the time we have folks who, um are from outside the photo industry or folks who, um, I have come to know through adventures beyond photography. And today and you all are avid photographers is a huge contingent of photographers here paying attention. Not everyone, Um, but regardless of your mode of expression or the way that you couch yourself in creativity, uh, today's guest is someone who started off a Z, a fan of this show and has since made journey not just halfway across the planet but through desire ing...