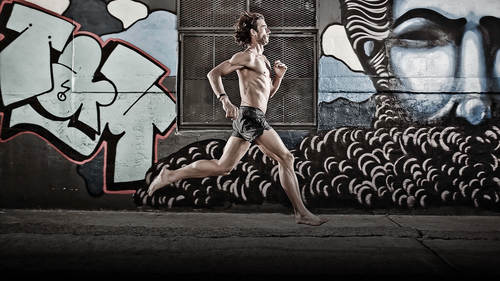 Hey, what's up, Chase? You know that. But guess who's joining me in about 19 seconds. It's Mr Rich role. You don't know Rich role. He's one of the 25 fittest men in the world. He's the guru of reinvention. That's according to Outside magazine. And he is a renowned ultra endurance athlete. Wellness advocate, bestselling author, husband of four. He's also just insanely cool, sweet guy. Other people on the Internet have called US brothers from other mothers, and we also recognize that and one another. Every time I sat down with him, we have a Knauss, Um, conversation. And today's conversation is not only is it not an exception, I think it is one of our best yet. Um, Rich has got so much going on right now. Um, we've been on the show before. We've covered his past from addiction, redemption, Optimum Health, his best selling memoir called Finding Ultra, which is an incredible read if you haven't, um, he's also got a cool cookbook that I was on my counter right now upstairs. Um, and what we ...

Rich Roll has been named on of the “25 Fittest Men in the World” by Men’s Fitness and “The Guru of Reinvention” by Outside. While he’s renowned as an ultra-athlete, wellness advocate and bestselling author, he’s also the podcast host of one of the top 100 podcasts in the world, the Rich Roll Podcast.

Rich and I have sat down for a few conversations either on this podcast or his, and it’s some of my favorite conversations. Of course it’s always fun to jive with someone you have a lot in common with but there are also some beautiful differences that leaves so much to explore.

Today in the podcast we’re talking about one of my favorite topics, learning from others. In our conversation we traverse ideas around growth, transformation, empowerment and working toward dreams with so many pearls of timeless wisdom Rich has distilled from his over 500 guests on his show into his gorgeous new book called Voicing Change.