Lesson 2 from: Workflow in Adobe Lightroom 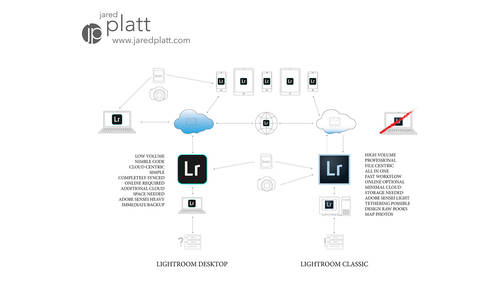 Lesson 2 from: Workflow in Adobe Lightroom

So, first off, we want to put our photos in an actual hard drive where they're going to rest. So I'm going to show you, uh, my dr and inside of that drive. So this is the This is the tough tech do of the sea. Are you? This is my raid one system. And inside that raid, one system, there's a jobs folder and inside that Jobs folder, there are jobs. Now you whether or not you're a professional photographer, that doesn't matter. You're still going to treat things as jobs or events or moments. Things that you did could be. I traveled to Italy. So there's gonna be a folder with the date and where I went or the date and my son's birthday party. So I am always naming my jobs with the date and then an underscore and then the name of the client and then an underscore, and then whatever it waas and that helps me maintain order inside of my files. So I'm not actually putting them inside a light room. So light room has the option. If you plug in a card, it'll pop up and try and import Um, for you, I'...

Great class. Very helpful. Answered many questions I've had for years. But what next?!?!? All the next steps Jared talked about - moving files into Lightroom etc, where is the class to do that?