Your Story is Your Power 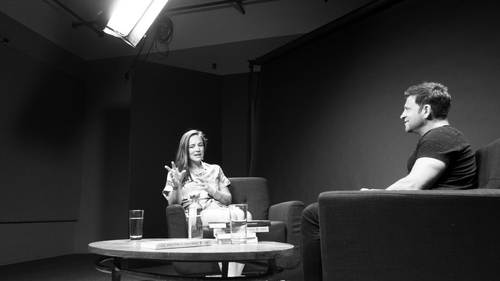 Your Story is Your Power

Hey everybody, what's up? It's Chase, your friend here. I am very happy to welcome you to another episode of the ChaseJarvis Live Show here on CreativeLive I have a doozy for this show, now this show is where I sit down with the world's top creators, entrepreneurs, thought leaders and I do everything I can to unpack their brain with the goal of helping you live your dreams in career, and hobby, and in life. My guest today, this is her second time on the show. I am super, super honored to have her here, she's an artist, she's an author, she's the facilitator of the 100 day project. Which I know that most of you know what that is, we'll talk a little bit more about that. We're here to celebrate, she's the previous author of the Crossroads of Should and Must, which she was talking about a lot last time, but today we're here to talk about her new book, Your Story is Your Power. My guest is Elle Luna. Hey. (upbeat music) They love you. Hi, hi, hi, I'm so happy that you're here. It's nic...

In this conversation, we get into a project I really love, the 100-day project and how powerful daily action can unlock the biggest ah-ha moments. We are also joined by Susie Herrick, co-author of their new book Your Story Is Your Power; Free Your Feminine Voice, which really helps pull the curtain back of the importance of personal connection, relationships, and how powerful our own personal story is in everything we do. When you connect with your story and your voice, you can … as Elle calls it, live life in full color.

Elle is an artist and author and just a genuinely amazing human. You’ve seen her design work on Medium, Uber, and many other recognizable brands as she came out the legendary design firm, IDEO. She was part of the 30 Days of Genius series on this podcast where we took a deep dive into finding our calling with the help of her breakthrough book, The Crossroads of Should And Must. I’ve personally found the idea of Should vs Must as a powerful tool that helps explore the tension between the expectations that parents, friends, and culture put on us versus who we are and what we know to be true.