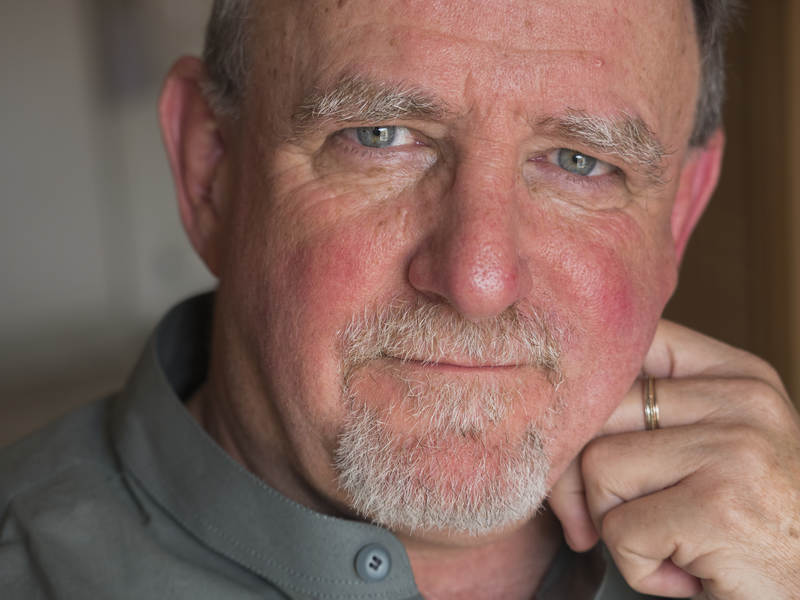 David H. Wells is a freelance photographer/video maker using whatever technology he can to create visual narratives. He is based in Providence, Rhode Island, affiliated with Aurora Photos and is also a photo-educator. One editor described him as a “...specialist in intercultural communication and visual narratives that excel in their creative mastery of light, shadow and sound, stills and video." He focuses on photo-essays for publication and exhibition, including magazines, brochures, and annual reports. He has produced images for local, national and international clientele. Past assignments have been for Life Magazine, National Geographic Publications and the New York Times Magazine to name a few. He has produced 16 photo-essays for the award winning Philadelphia Inquirer Sunday Magazine. His work has been featured in one-person exhibits at Brown University, U.C. Berkeley and Harvard University. His work has been part of group exhibitions at the Houston FotoFest and the Visa pour l'Image Festival in Perpignan. He has been an Artist in residence at the Visual Studies Workshop and the Light Works Photography Center. Portfolios of his work have appeared in American Photography Four, Camera and Darkroom, Communication Arts Photography Annual, Graphics: The Human Condition, Photo District News, Photo Magazine, Photographers International and Zoom. His photo-essays have been funded by fellowships from Nikon/NPPA, the Pennsylvania Council on the Arts, the MacArthur Foundation's Program of Research and Writing on International Peace and Cooperation, the Alicia Patterson Foundation and the Fulbright Foundation. His project on the pesticide poisoning of California farm workers was nominated for a Pulitzer Prize by the Philadelphia Inquirer. He has done work for corporations such as Consolidated Natural Gas and DuPont, as well as work for the Ford Foundation and the New Israel Foundation, among others. He is a member of the American Society of Media Photographers (ASMP,) Creative Eye and the National Press Photographer’s Association. He has taught classes at the University of Pennsylvania and workshops at the Maine Media Workshops. He is on the faculty of the International Center for Photography in NYC and is a Visiting Faculty at Pathshala, the South Asian Media Institute in Dhaka. He was featured in Photo District News as one of "The Best Workshop Instructors." David was an invited photographer on "America 24/7," the largest professional photo book project ever undertaken.