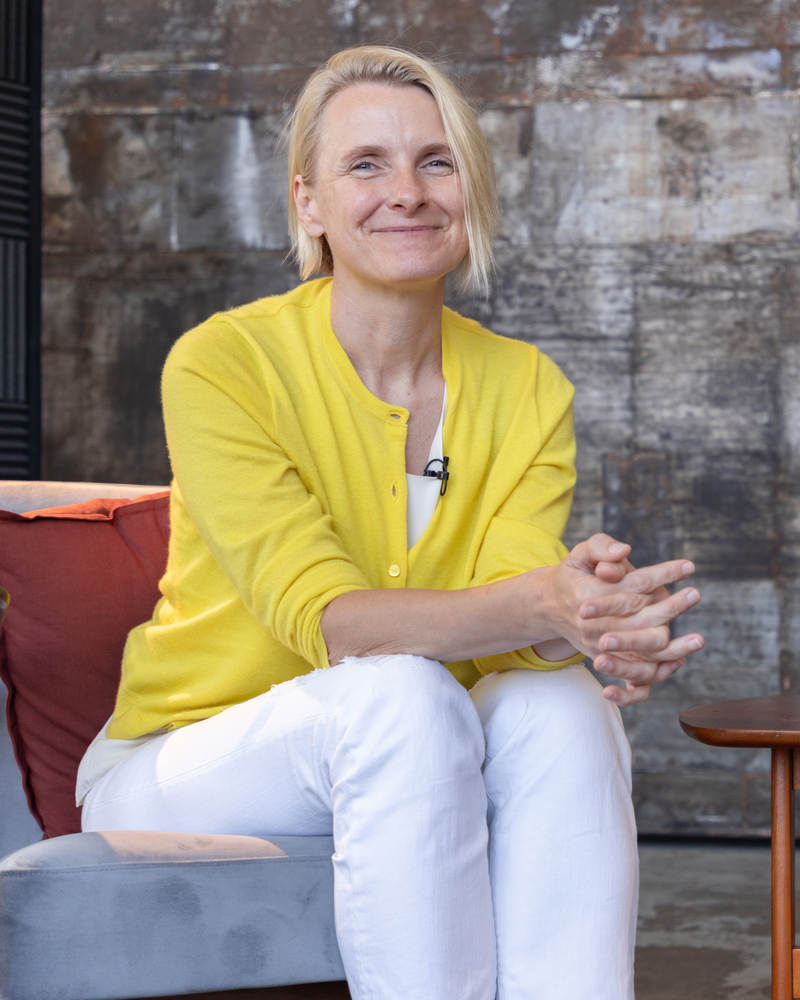 Elizabeth Gilbert was born in Waterbury, Connecticut in 1969, and grew up on a small family Christmas tree farm. She attended New York University, where she studied political science by day and worked on her short stories by night. After college, she spent several years traveling around the country, working in bars, diners and ranches, collecting experiences to transform into fiction.

These explorations eventually formed the basis of her first book – a short story collection called PILGRIMS, which was a finalist for the PEN/Hemingway award, and which moved Annie Proulx to call her “a young writer of incandescent talent”.

During these early years in New York, she also worked as a journalist for such publications as Spin, GQ and The New York Times Magazine. She was a three-time finalist for The National Magazine Award, and an article she wrote in GQ about her experiences bartending on the Lower East Side eventually became the basis for the movie COYOTE UGLY.

In 2000, Elizabeth published her first novel, STERN MEN (a story of brutal territory wars between two remote fishing islands off the coast of Maine) which was a New York Times Notable Book. In 2002, Elizabeth published THE LAST AMERICAN MAN – the true story of the modern day woodsman Eustace Conway. This book, her first work of non-fiction, was a finalist for both the National Book Award and the National Book Critics Circle Award.

Elizabeth is best known, however for her 2006 memoir EAT PRAY LOVE, which chronicled her journey alone around the world, looking for solace after a difficult divorce. The book was an international bestseller, translated into over thirty languages, with over 12 million copies sold worldwide. In 2010, EAT PRAY LOVE was made into a film starring Julia Roberts. The book became so popular that Time Magazine named Elizabeth as one of the 100 most influential people in the world.

In 2010, Elizabeth published a follow-up to EAT PRAY LOVE called COMMITTED—a memoir which explored her ambivalent feelings about the institution of marriage. The book immediately became a #1 New York Times Bestseller, and was also received with warm critical praise. As Newsweek wrote, COMMITTED “retains plenty of Gilbert’s comic ruefulness and wide-eyed wonder”, and NPR called the book “a rich brew of newfound insight and wisdom.”

Her 2013 novel THE SIGNATURE OF ALL THINGS is a sprawling tale of 19th century botanical exploration. O Magazine named it “the novel of a lifetime”, and the Wall Street Journal called it “the most ambitious and purely-imagined work of (Gilbert’s) twenty-year career.” THE SIGNATURE OF ALL THINGS was a New York Times Bestseller, and Janet Maslin called it “engrossing…vibrant and hot-blooded.” The novel was named a Best Book of 2013 by The New York Times, O Magazine, The Washington Post, The Chicago Tribune, and The New Yorker.”

In 2015, she published BIG MAGIC: CREATIVE LIVING BEYOND FEAR—a book that encapsulates the joyful spirit of adventure and permission that Elizabeth has always brought to her work and to her life.

Her latest novel is CITY OF GIRLS — a rollicking, sexy tale of the New York City theater world during the 1940s. It will be published in June of 2019.

The Art of Being Yourself