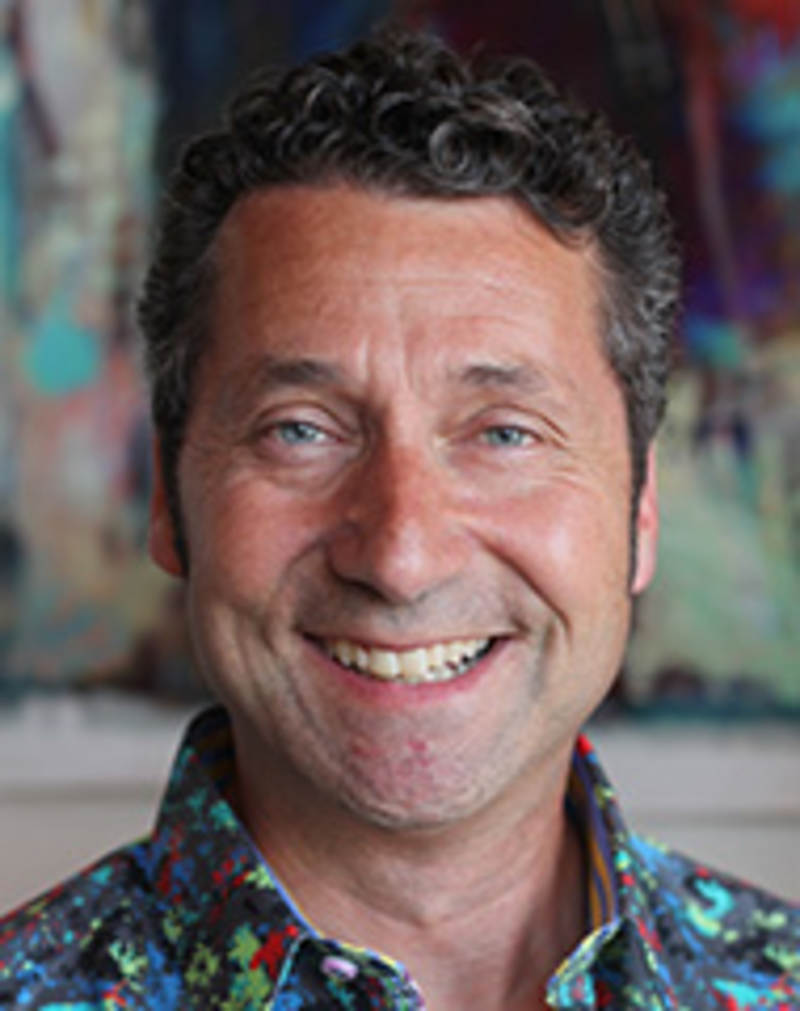 Corel Painter Master Jeremy Sutton, artist, author and educator, is a long-time Painter Beta tester, and Corel Painter Advisory Council Member, who has used Painter since version 1, almost 22 years ago. He is originally from London. While earning a degree in Physics from Pembroke College, Oxford University, he studied drawing, sculpture and printmaking at the Ruskin School of Drawing and Fine Art and continued his art studies, studying lithography and life drawing, at the Vrije Academie in The Hague, The Netherlands. A first career in superconducting magnet sales and marketing brought him to live in Silicon Valley in 1988 where he had his first one man show in the US in 1989 and became a full time artist in 1994.

Jeremy has used digital paint since 1991, and has authored six books (including the Painter Creativity: Digital Artist's Handbook series published by Focal Press), produced instructional videos and DVDs, founded the online training web site PaintboxTV.com, and teaches Painter workshops in his studio, at professional photography schools and conventions, and internationally (including an upcoming class in Amsterdam). Jeremy has been a platform speaker at conferences around the world, including Wedding and Portrait Photographers International, Imaging, USA, SIGGRAPH, Macworld and ideaCity.

Recent art projects in which he used Painter have included tableau vivant live art performances as artists Degas, van Gogh, Picasso and Matisse at the de Young Museum, San Francisco, action painting performance with digital paint at the Cirque du Soleil TOTEM Tapis Rouge tent in San Francisco, and, most recently, painting digital portraits at an Oracle Open World conference event. Jeremy's paintings are in public and private collections across the globe, including the Tech Museum San Jose and the private collection of Sir Richard Branson, who sat for a digital portrait by Jeremy on the Virgin Atlantic San Francisco Inaugural flight.