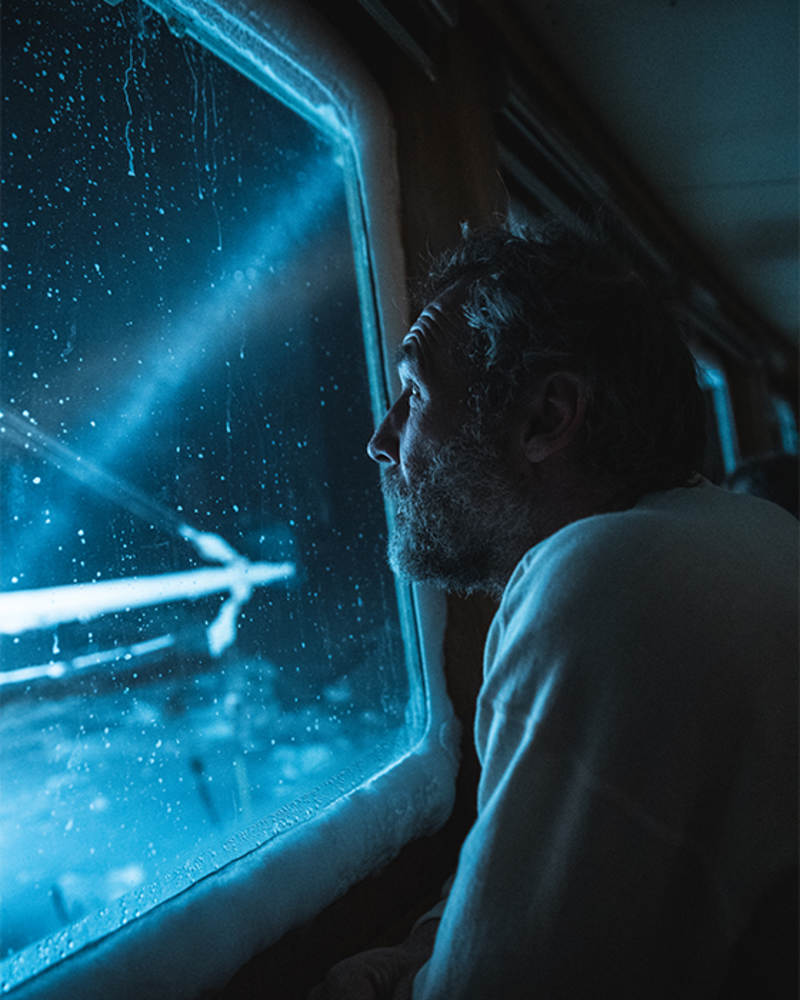 Follow Following
Mike Horn was born on July 16, 1966, in Johannesburg, South Africa to two teachers and is the second of four children. Throughout his childhood, Mike was very active and practiced multiple disciplines. From cricket to cycling and rugby, Mike was always out playing sports. At the age of 18, Mike enlisted in the army, and joined Namibia in the South African Special Forces. Intensive training and commandos’ courses taught him basic survival skills. After his father passed away at 18, Mike left the army and worked in the fruit and vegetable import and export business in Johannesburg.
In 1990, Mike Horn decided to change his life around and gave away of all of his belongings to friends and family. He then jumped on a plane to Switzerland, one of three countries that accepted South Africans without a visa due to the international boycott of South Africa during the apartheid. Mike’s first few months in Europe were difficult, but he was able to get by without a work permit by working little jobs left and right. He later found a job in a youth hostel in Château-d’Oex, a ski resort in the Alps, but quickly, Mike’s active spirit him led him to become a ski instructor, paragliding instructor, and rafting specialist. Simultaneously, Mike was already planning his future expeditions.
In 1991, Mike attempted his first adventure in the Peruvian Andes with a raft and a paraglide. In 1995, he opened an outdoor water sports center in Switzerland and became an expert in training mountain guides. In 1997, after a six-month solo crossing of South America, he swam down the Amazon River in a hydrospeed. Passionate about sailing, the explorer joined the crew of the Mari Cha III, a mono hull, and broke the world record for crossing the Atlantic.
In 1999, Mike circumnavigated the Earth along the equator for more than 40,000 kilometers unmotorized by boat, bike, and on foot. His achievements were rewarded with the Laureus Award for the best Alternative Sportsman of the year in 2001.
In April 2002, he attempted a new expedition into the Arctic region but was repatriated due to frostbite on his hands. He left in August of the same year, and finally completed his expedition named Arktos in October 2004 after 808 days, or after two years and months. A documentary, Arktos, Mike Horn's Inner Journey, directed by Raphaël Blanc tells the story of this adventure.
In 2006, he returned to the extreme temperatures and made his way to the North Pole during winter, thus in complete darkness with his Norwegian friend, Borge Ousland, a great polar explorer.
While Mike Horn continued his expeditions, he started to focus on sharing his skills and his knowledge with the younger generation. Mike built a sailing vessel for this expedition called the Pangaea expedition. With this expedition, Mike Horn's mission was to reunite the continents through the fantastic Young Explorers Program (YEP) and showed the youth the beauty of the planet to encourage a respect for the environment by taking them onsite to explore our wonderful planet. This adventure took place between 2008 and 2012.
Alongside his many adventures, Mike discovered a passion for high altitude climbing. In 2007, he ascended Gasherbrum I (8080m) and Gasherbrum II (8035m), in 2010, Broad Peak (8013m) and in 2014, Makalu (8481m); all without oxygen and without the assistance of Sherpas.
Mike also engages in mental coaching of elite sports teams. Through his coaching, Mike already contributed to the victory of several teams, including Germany's national football team during the 2014 World Cup, and the Kolkata Knight Riders cricket teams and the Mumbai Indians in India, and the Proteas in South Africa.
Since 2015, the adventurer makes an appearance on TV with three TV shows broadcasted on French TV channel M6; The Island: Seuls au monde, A l’État Sauvage, and finally Cap Horn.
Meanwhile, Mike Horn continues to share his adventures through books. To date, Mike Horn has 6 books and 2 albums, mainly sold in French-speaking territories.
In 2016, he embarked on a new adventure, Pole2Pole; a 3-year circumnavigation of the world on land and seas, passing through the South and North Pole. He left Monaco in May 2016 and aims on crossing both poles before reaching his starting point in December 2019.
In February 2017, he achieved another feat during the Pole2Pole expedition; the solo crossing of Antarctica, more than 5100 kilometers in 59 days on skis and by kite. To record, Mike broke the record of the longest crossing of the Antarctic continent.
More recently, Mike and Borge Ousland were the first explorers to cross the Arctic Ocean via the North Pole in 87 days. Their progress was dramatically slowed down by open water leads, thin ice, strong water leads, all effects of climate change.
On the personal side, Mike married Cathy, a New Zealander whom he met in the early 90s in Château-d'Oex. The couple have two daughters, Annika (born 1993) and Jessica (born 1994). In February 2015, his wife unfortunately passed away of breast cancer.