Fresh Out documents life after prison I’ve never been incarcerated, but prison has always been a part of my life. My dad was a corrections officer for 25 years and about a half dozen friends and family members have done prison time, so crime and the consequences of it are a part of my DNA in a way that I didn’t realize until pretty recently. So when I stumbled across the Fresh Out series on Youtube, it really resonated with me because it hit very close to home.

As you might guess from the title, Fresh Out tells a story that you don’t hear very often: what happens to inmates after they’re released from prison. Over the course of several profiles on former inmates, they share a variety of perspectives on how people not only bounce back from incarceration, but use it as an opportunity to learn, grow and build a new, happier life.

I caught up with series co-creator Big Herc to talk about how Fresh Out came to be, his goals for the series, and what civilians can learn from convicts.

Big Herc’s story of getting busted for bank robbery, his experiences in federal prison, and how he hit the ground running as soon as he got out

You’ve been out since 2008. You’ve obviously moved on with your life, but you still feel connected to prison enough to start this series. How did Fresh Out come to be?

I decided to do Fresh Out when I was still locked up. I thought, “When I get out, I don’t want to subject myself to being employed by someone else who has control over me and whether I have an income or not.” I knew I wanted to be involved in entertainment and I wanted to produce my own show. My goal was to create a show that showed the lives of these guys who have been released from prison, what they do through, and the trials and tribulations of having done time and now being labeled as a felon. I had the idea years before I got out, and as soon as I got out I shot a few versions that were a lot more amateurish because I didn’t have any camera people involved. Then I hooked up with my business partner and found a guy who shot what we have online now.

We wanted to have a realistic prison show that was less based on people inside. Like on Lockup, you have guys in their cell, saying a bunch of things to the camera, but that might not really be who they are. The true test is, when they get out of prison, can they make it? Can they provide for their family and themselves? That’s the true test, and a lot of these guys who are shotcallers, these so-called “supercriminals” in jail, they can’t really handle the pressure of real responsibility.

We just want to give you the raw, uncut version of these guys’ stories and eventually do a reality-based show which would have these guys being followed around on their day to day activities.

Where are you at as far as getting Fresh Out on broadcast TV?

The networks initially have said that we glamorize prison, because we have a guy on our show who has his own record label, we have another guy who’s a YouTube sensation, another guy who has his own gym… The public wants to see that these guys have suffered. They got out, they’re beat down, and that the odds of them succeeding are far less than what someone out here with a degree has. The networks were a little intimidated by that, so I think our best option is just to keep providing content and educating the public on felons and people who have been incarcerated.

Really? To me, Lockup glamorizes prison way more, at least to someone who wants to be a thug. They’ll see the riots and the hustling and the drama on the yard and think it looks cool. Fresh Out is about hard work and self-improvement.

Yeah, that’s what we try to explain. Lockup’s been on I think 10 seasons… it’s got dudes hollering from the cell, gang members with tattoos on their face, talking about all the shit they do— “I’m in here doing this and that”— that’s a bunch of bullshit. I’ve been to one of the hardest prisons in the country, and I’ve talked to guys that are doing life, guys that are doing two or three life sentences, and I’ve had intimate conversations with them where they were like “Fuck man, I wish I was going home, I hate this shit” and break down and start crying. These guys wanna go home.

The guys they pick on those shows are all from state penitentiaries, they don’t film in the federal system. The state is a little bit different as far as the mentality of the inmates. These are guys who did rape, child molestation, assault and battery, snatching bags, convenience store robberies, and a lot of it is for drugs, guys trying to support an addiction. They’re grimy, they don’t care. Not everyone who gets out of the state penitentiary is a piece of shit, but a lot of those guys are different.

Kali Muscle, who was incarcerated for armed robbery, released in 2001, and has since become one of YouTube’s most popular bodybuilders with 685k subscribers

You’ve talked a lot about how different the federal prison system is from the state system, and how you were able to make the most of your time in the feds. Can you go into more detail about that?

The guys in the feds, you might have someone from Wall Street who was a hedge fund manager and maybe did a bad deal or got caught up in some taxes, or maybe laundered money for the cartel through his jewelry business. A lot of high-powered dudes in federal prison, the lowest you’ll have in there is illegal entry, guys who come across the border without any real skills. And maybe bank robbers. But other than that, you have a lot of big-time connected dudes. It’s a different caliber. I was in a stock class in there where the guy was teaching Japanese candlesticks, another guy was teaching real estate, guys in there who had car lots, a lot of powerful people who were about money. It’s not your typical run of the mill guy who you see in the state pen who maybe snatched some old lady’s purse because he wanted to go buy some drugs.

It’s still prison, but it’s different. I can go in there and talk to a white guy, go into his class and get educated, or hang out with an Asian guy who might educate me on a foreign language. But in the state, there’s no way a black guy and a white guy are gonna be able to walk the yard together, or a black guy and Mexican guy go into the same cell and socialize. Just not gonna happen.

I think inmates actually have a lot to teach “civilians,” especially around the idea of personal responsibility and accepting the consequences of their actions. The ones who have their heads on straight have a really good grasp on this in a way that you don’t often see from people on the outside. How do you show that on Fresh Out?

I look at everything now as energy. You put things into an “energy bank,” either into the positive side or the negative side. You don’t wake up one morning and you’re in prison, you build up an inertia that you created due to bad thoughts and bad actions. It starts off and you get away with so much of it, but it’s inevitable that it comes to a stopping point. You’re gonna make a choice because you built up momentum to that choice. You really have to watch the choices that you make.

And once you create positivity it’s the same thing. Like maybe you start a business. The first year you’re not that successful. Second year, third year, still not seeing a lot of success. But eventually, if the business is anything worthwhile, by the fifth year you’re gonna have some success. And fifteen years down the line you’ll have a serious foundation, something maybe you can pass down to your kids. A lot of people see that someone else has a big house or whatever and they think “Oh man, he’s so lucky.” But he’s not lucky, he’s been working for that big house for like 20 or 30 years and now he’s enjoying the fruits of his labor.

The mindset of someone who’s been locked up and wants success is just a different beast, because there’s nothing lower than being incarcerated and having someone control every aspect of your life. A person who’s been through that kind of adversity, if they have success on their mind, they’ll be successful because they don’t crumble under or break down when something doesn’t go their way. 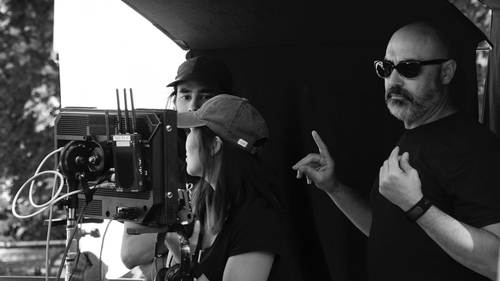 9 Ways to Feed A Hungry Film Crew For Free

Working on an indie film is so exciting and so fulfilling, who needs to get paid, right? Right? Anyone? Not…