The Kickstarter profile of Danica and Jason Russell starts out by saying something that a lot of couples state: That the pair aren’t your typical couple. In their case, though, that’s an understatement.

Danica and Jason’s path is a long and winding one, starting when the the two met — at age six. They danced and performed together through through their formative years and went on to co-write a screenplay they sold to Spielberg. They dedicated much of their twenties to undermining international war criminal Joseph Kony by pouring their energy into the non-profit, Invisible Children, the much-publicized organization that aims to liberate children soldiers and bring Kony to justice.  Along the way, they married and welcomed two children, Gavin and Everley, into the world.

Now they’re running a Kickstarter campaign to fund their next passion project, a children’s book exploring the concept of activism and featuring important heroes in the struggle for social justice.

In the whirlwind of running a house with two young children and pressing through the final days of the campaign, Danica agreed to answer some questions about the project and how life feels with a Kickstarter countdown ticking away the days.

To get us started give me a little rundown of the project you are funding through Kickstarter.

This is a humorous, stylish, and (hopefully) hopeful illustrated book, written for those who want to change the world, and their parents. It’s called ABC’s of ACTIVISM, and it’s the book we wish was already written, as a way for parents to talk with their kids about giving back, and – for people of all ages to be thinking about making your one and only life matter – while sharing a few laughs along the way.

Well, we are 66% funded. And that’s pretty exciting! There is never a great time to launch a passion project like this- because there is life in the meantime. We may never have more time or more energy, but we will have more excuses. So, you make the time for the things you care about. I wish the fundraising part was over, so we could devote more of that to the actual making of this sucka, but…just a few days to go.

Tell me more about where the inspiration came from for the book.

We were both raised in pretty creative/artistic families, and both of us have always just been this way. We are childhood sweethearts, so we have a giant box of our letters to each other that were pretty elaborate art projects. And we have always worked together, and we love to work together. We have since continued to refine our crafts over the years as we worked at Invisible Children.

And this book is, of course, informed by our life’s work, but – entirely independent… entirely just us. As activists ourselves, it is everything we have learned, and everything we hope our kids know about our convictions and our work, simmered down into edible A-Z bites.

So, We wanted to write this book for our own children, Gavin Danger & Everley Darling, as a way of explaining to them what we believe is worth fighting for, while teaching and empowering them to do the same. Why did you opt for crowd-funding on this project?

There’s a pride, and ownership in feeling like you knew about something before other people did, and that you believed in it first. We have some relationships with publishers, but, we firmly believe in the idea of including our community in a book that is about community. That, a book about grassroots needs to be made in a grassroots way! And- we are illustrating our backers into the book, so that it really is their story too!  We only want to make something that wants to be made.

What made Kickstarter the right platform for you guys?

Great question. There are a few other fundraiser platforms out there, but for the most part Kickstarter seems to be the most trusted and understood. There’s something fun and exciting about racing the clock; And, we keep saying to each other how much we love the design. The site itself is set up so clearly, and is easy to navigate, and still- they have a bit of humor/style about them.

Tell me about the process you went through as you moved from conceiving the idea to launching a crowd-funding campaign.

It has been my lifelong dream to illustrate children’s books, and after becoming a mum, (and reacquainting myself with the illustrated book genre) I found many of them really bogus and disappointing! If they are too smart, or deep, or cultural, they are often very heavy-handed, or – not very visually interesting. (meaning: my kids get bored. Or I do.)

Gavin is a sharp, deep, seven year old and Everley is a fiery, funny, five year old, And I think, in general, since birth, we have been deliberate about including them in our events at Invisible Children, and including them in our friendships with people who live in very different circumstances around the world. That they know the WHATs and also the WHYs for themselves. But, Activism doesn’t have to be grand. It’s about prompting them to the smaller acts too. Reiterating consideration, and kindheartedness, and ACTION! So- why not start it all with a little required action on our parts?

Scary. But, any time you put yourself out there you feel like that. I like to make things, for the joy of making them-  (and because I love any kind of art so deeply, making things with our kids is my sweetest of sweet spots), so it feels strange to monetize that. But, if you are creative, you create. Period. And why shouldn’t you share it?

I mean, how selfish- Keeping all your best for yourself.  And, you can’t actually create or share anything without the means to do so. So… I should have stopped at it was scary.  And still is.

How about the countdown and daily grind?

Kickstarter is harder than we realized! People think to themselves, “Oh cool. I’d love to be a part of that! I’m definitely gonna donate.” And then they go on with their lives. And we are totally guilty of that too! So it’s difficult, because you don’t want to be annoying, but, you are obsessing over each donation, hitting refresh, and watching the clock tick down! And you keep racking your brain about friends you think would feel you, and then they don’t donate and don’t share it… and you kinda feel like you’re panhandling your friends or something, but you have to remember- how much you believe in your project. And if you actually do, and actually believe the world needs your project to be made, you just keep going. Keep posting. Keep sharing. And you hope your community believes it should be made too.

What’s funny is, going in to Kickstarter so often now, I am AMAZED at other people’s projects! And it makes me even more excited about this idea. Among all of these incredible ideas, just dying to get out. If I was a bazillionaire, I think I might just peruse Kickstarter in my free time, and just blow people’s minds by funding their whole thing and just, making dreams come true on a regular basis.

You are just a few days out and at 65% of your goal. How’s the all-or-nothing funding proposition feeling right now?

Oh. Well. Thank you for really driving that home. Honestly… NOW it’s getting exciting. Now it feels like there’s a Gatorade commercial going on in my heart ALL.THE. TIME. But, Jason and I are made of the same stuff, in this department. We come alive in a challenge. Maybe that’s why we became activists in the first place.

Frantic? Miraculous? But, most of my weeks are like that.

What happens when you reach your goal? And if you don’t?

We figure out how to make this book. In both cases.

What advice would you give for other folks considering crowd-funding?

How far along in the drafting, planning, sketching process are you?

I’m gonna say a strong 50%. We have our concepts/ style guides down, and something written for each letter, that we have worked on multiple times on multiple road-trips over the years, that still needs a bit more dust cleared off. Honest Abe Lincoln once wrote,  “I’m sorry I could not have written a shorter letter, but I didn’t have the time.”  It’s more difficult to get your message across, with less words. Brevity is an art all it’s own. I mean, look at the way i’m rambling on.

What about the logistics for self-publishing – what are your plans?

We have asked those wiser for help, and plan to keep asking until we get to be the people who are getting asked.

Best part of the overall experience?

We believe what Dr. Martin Luther King Jr. said was true… that “The moral arc of the universe is long but it bends toward justice.” But it depends on our ability to act, and how quickly we want that justice.

All the abolitionists, activists, saints and revolutionaries believed that the next generation should inherit a more just world, and so far it has. They have been right, because they made it so. But, we still have a lot of work ahead of us. So, we are starting at A, and working our way to Z.

For more about Danica and Justin, follow their family on Instagram or check out their Kickstarter page. 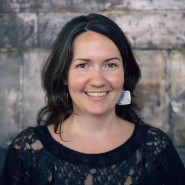 How to Make Freelancing Your Full-Time Job

How TED Inspired a Whole Generation of Public Speakers

What Are You Going To Make This Summer?

Creativity Is A Gift

6 Ways to Make Sure You Reach Your Kickstarter Goal

6 Creative Companies that are Empowering Girls