The Best New Year’s Resolutions We Ever Made

Though New Year’s Resolutions are statistically almost impossible to keep, many of us still make the pledge to do something different, if not on January 1st, then at least some time in the new calendar year. The staff at CreativeLive is diverse and interesting and talented–almost all of us have some kind of activity outside of work. We are writers and photographers and crafters and independent movie producers and musicians and artists. But even we’ve resolved to change some things, either this year, or at some point in the past.

How are we making changes? We’re doing it slowly but surely.

“Set goals that can be expressed in terms of actions, not just outcomes,” says Finn McKenty, the Head of our Music and Audio channel. “For example, instead of saying ‘I’m going to become a rockstar,’ say ‘I’m going to write a song every week this year.’ It’s oftentimes unrealistic to expect to be able to control outcomes, but you can control your actions. Don’t set yourself up for failure by setting a goal that you don’t have control over.”

In the interest of transparency (and because we like to share what we’re up to around here), here are our best New Year’s resolutions ever.

David Moldawer, Head of our Money and Life channel: “Growing a beard (because it’s the only one I’ve ever actually followed through with, probably because it only called for me not to do something).”

Andrea Moore, Corporate Counsel: “Last year’s: I asked myself what I really like and it’s helping people, so I resolved to help people whenever I could. Doesn’t mean with huge things, but say a friend’s moving, I help if I can, someone needs a place to crash, someone to talk with, etc. Little things.”

Finn: “To make a conscious effort to relax more and work less. As a fairly extreme Type A personality, it’s easy for me to keep my nose to the grindstone and work really hard at whatever I set my mind to. But aside from being unhealthy, it’s also not always the most productive. As a friend once told me, ‘sometimes you gotta go slow to go fast.'”

Michael Karsh, Managing Content Producer: “To have one moment of mindfulness every day.”

Matt McMonagle, Managing Audio Engineer: “2014 Goal 1/1: I resolve to achieve ultimate human performance. 2015 Goal 1/8: I resolve to be a gentleman in every instance it is called for.”

Bryan Lemos, Producer: “To have the year of the handstand.” Steel Brooks, Production Generalist: “My resolution for this year is to see 100 different bands live.

Stacie Sells, Edit Notes Specialist: “Finish Keanu! The Musical and have it on stage.”

Rachel Gregg, Editorial and Marketing Specialist: “To put one item in the donation bin for every new one I brought in my house.”

Melissa Jackson, Production Coordinator: “Not consume as much in the new year. Mainly, I try to not buy unnecessary things.”

Grant Gilkeson, Content Producer: “I wouldn’t say the best resolution I’ve ever made, but ‘watching more films’ is definitely a great way for me to appreciate my craft (I do film production outside of work) and the work of professionals in the film industry, both past and present.  Plus it’s therapeutic for me.  I enjoy going to a theater and getting lost in a film for a few hours, because they put me in someones else’s shoes and take me to a place and time I’ve typically never been before.”

Alex Sanchez, Office Assistant: “The best one I ever made was last years and it was to move to a big city and work in a place that does something creative.”

Evan Sadler, Director of Productions: “Fill each day with 1 minute meditations – a minute of deep breaths and a quiet mind.”

Steven Cervantes, Lead Post Production Editor: “My best resolution I have ever made was to stop drinking a red bull every morning. Somehow I have more energy… It’s very strange..”

Anthony G, Customer Support: “My resolution is to not feed the internet trolls.”

Arlene Evans, Director of Photography Education: “One of my resolutions is to always make sure that I’m looking at life with the cup half full, as opposed to half empty.”

Kenna Klosterman, Lead Host: “The best resolution I ever made was to travel around the world for a year photographing. I started Dec 31, 2007 and landed back in Seattle Dec 20, 2008. ”

Reena Karia, Graphic Design: “To meditate 15 minutes every morning and to start writing the pro gender-bending children’s book that’s swirling in my head.”

Russ Andes, Host: “I don’t usually make New Year’s Resolutions, but this year I decided that I wanted to start printing my work—sadly enough, I’ve never printed an image that I’ve shot! So I’m planning on printing at least one image every two weeks. I want to see the stuff I’ve shot in real life!”

Mackenzie Olds, Production Coordinator: “My goal for the new year is to be less shy in sharing my talents, so I’m starting by pushing myself to learn and or record at least two new songs a month.”

Jean-Paul Sanday, VP of Growth: “Compliment someone every single day. There are a lot of amazing people around you, and sometimes it’s nice to let them know how great they are too. You might not be able to change the outcome, but you can change how someone feels in a heartbeat”

Kathy Ramos, Content Producer: “My resolutions are to worry less, dance more and to start each day with a positive thought.”

Megan Acree Zengerle; VP, People Operations: “Inspired by my kiddos, I’ve resolved to Iive bravely, boldly and fully each minute without concerning myself with what’s ‘next.'”

Amanda Caines, Head of Photography: “Three years ago, I resolved to follow every negative thought I had with one of gratitude and optimism. In just three months, the practice changed who I was as a person and has since completely changed the course of my life. Now I have a really cool job with amazing people who are very understanding when my (very) loud laugh infiltrates our broadcasts, a better relationship with old friends who can barely remember the old Amanda, and shiny new friends who can’t believe she ever existed. Seriously, people. We truly have the ability to change our own lives just by changing our outlook.”

Jamie Blake, Audio Engineer: “My (most challenging) resolution is to create 5 beats a week. This is to give me my best possible options to select tracks for my releases this year, as well as sharpen my compositional skills.”

David also would like to remind everyone that self-care is paramount in the new year.

“Take it easy on yourself. Of course you want to take care of yourself, but usually these resolutions speak to big anxieties stemming from a culture at war with the human body,” he says. “At 70, will you care that you had rock-hard abs? You’re good enough just the way you are.”

You can also read about how Christina and Elizabeth are taking steps toward a kinder, more creative new year in their blog posts. 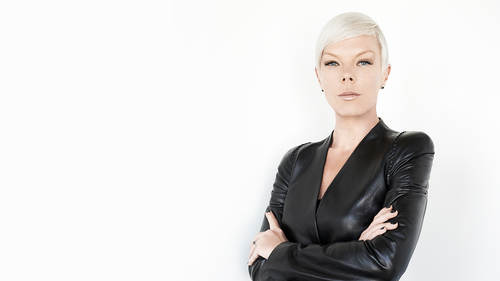 How to be Bold, Resilient Better Than Ever

If you were anywhere near social media on January 1, you absolutely saw two things: First, photos of whatever your…

Here is a secret that not many people like to talk about: You don't need to wait until the New…