The Business Behind Vintage Audio Gear Those five artists may only have one thing in common – but that one thing has helped them transform their entire music careers. Like many musicians, those five have all recorded songs and records. Whether recording on a DIY home studio or at the top of the line, big Hollywood studios, they started somewhere.

As did Mike and Andrew Nehra.

The two brothers started collecting new, refurbished, and rare studio gear in the early 00s, and that collection quickly blossomed into the business now know as Vintage King Audio. They came across their prized possession in the mid-90s, a mixing console formerly of the Doobie Brothers, and realized that their drive to acquire top of the line analog gear was just starting.

The Nehra brothers’ band, Blackwater Surprise, earned an RCA record deal in 1996, but that didn’t stop their collecting. Finding items and making deals was now done on the road while touring. But what helped put them on the gear-map was their own work – after Blackwater Surprise put out their debut album, other artists and producers flocked to their sound. Using analog gear helped rid their music of the brittle, harsh, digital tones that were sweeping the music world, and instead, sounded like the warm, sweet tones made famous in the 70s. They garnered attention so quickly that names like The Lumineers, Smashing Pumpkins and Black Eyes Peas have all reached out to the Nehra’s. In 1997, Dave Matthews himself hired the duo to help stock his new $550,000 studio with a mix of old, rare analog equipment and new, high-powered digital pieces. Though many artists were (and still are) drawn to the analog consoles of the 70s, the digital age did bring recording to a whole new plateau. It was now possible to record in your bedroom using a small mixing board and a computer, instead of relying on large studios to do it for you. A bit counter-intuitively, this helped the Nehra’s business. With such a wave of inspired artists looking for new gear, the Nehra’s quality equipment was now selling for way more. Consoles that were once considered old and obsolete were now selling for upwards of $200,000. Their product line started to grow, and would eventually consist of mixing consoles, microphones, and audio compressors from the likes of Pink Floyd, Bob Marley, Led Zeppelin, and the highly acclaimed Abbey Road Studios in London.

Recently, they restored old consoles and sold to Lynyrd Skynyrd’s new studio in New Orleans, as well as Electric Lady Studios in New York (which recently recorded Daft Punk and Arcade Fire). This year alone, Vintage King Audio is looking at $38 million in revenue. With new stores opening in Los Angeles and Nashville to couple with their hometown Detroit store, the Nehra brothers are booming.

They found a new side of music. And plenty of artists are following along. 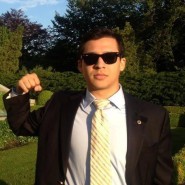