You vs Them: How to Handle a Social Media Fight Social media is at best, an unpredictable medium.

No matter how you choose to live your online life, you can’t fully shield yourself from getting into a disagreement with someone (or more than one person) at some point in time. Whether it’s a friend, a co-worker, your Mom, or William Shatner, it’s pretty easy to let it consume you. In some cases, it may even make you want to delete your account before you get formally knocked out.

But why do so many fights happen, particularly on social media? Usually, it’s because context lacks in text form.

“Most social media fights occur due to lack of context in the text form.” @johncolucci

Think about the times you’ve seen an email or a chat message from a coworker that you interpreted in a way that made you not feel so great. Same goes for social media, where someone who follows you might take what you said a completely different way (or if they’re looking for a fight, taking it how they want to hear it).

And I would know quite a bit about that.

“Why are you even verified?”

A little over a year ago, I met William Shatner over Twitter, but not in a positive way. A simple, light hearted tweet turned into a bit of a scandalous news story all because of a misunderstanding on how Twitter’s verification process works.

I sent out a tweet celebrating Engadget’s climb to one million Twitter followers, to which a friend replied something about how similarly elated he felt when the prior week, Mr. Shatner retweeted something he posted for work.

Not exactly an apples-to-apples comparison, but nice none the less. I replied, jokingly, that my next goal was to beat Mr. Shatner’s follower count. And I did so with the utmost respect to his following and status as a legendary actor.

Mr. Shatner, however, wasn’t thrilled and saw it more as a bullish threat that my company would soon eclipse his (then) 1.6 million followers, and not as purely a playful remark. So, he replied:

@johncolucci Why are you even @verified? If this guy can get verified I'll nominate my Social Media guy.

As part of working on an editorial team, I was offered Twitter verification several months earlier. It’s really no big deal, and I surely don’t use it to get ahead in life (i.e. cutting the line at Chipotle). Mr. Shatner picked up on my checkmark (and soon our staff) and questioned why “nobodies” like us should be verified.

In his mind, only esteemed celebrities like him should have such privilege. It was a pretty clear “get off my lawn” situation.

Friends and coworkers spotted this conversation happening and came to my defense (though I never asked them to). One tweet from my editor-in-chief, which clearly was meant to be positive, was misconstrued by Mr. Shatner as an abuse of the verification system.

@WilliamShatner @johncolucci @verified He's verified because he's excellent at his job. I'd advise your social guy do the same.

While all this was going on, I let the conversations play out and didn’t get too involved. I did this, not out of fear, but by a certain point, I honestly didn’t care about what was happening.

A couple of days later, the media discovery happened and Shatner continued to tweet negatively about me and Engadget, but I didn’t really step in as he dragged it out for a while. And back to that “get off my lawn” reference? Well, that’s how pretty much everyone who reported or commented on it saw it, thus painting myself and my employer in a relatively positive light.

A few months earlier, while at a work event during CES in Las Vegas, I trained a few folks on an app that Engadget was promoting at the time, in order for them to more effectively show it off to guests of the event. I had some fun with this and took a fun picture at the end with my new friends. The next morning, in my hotel room, I woke up to a litany of angry tweets attacking me for being a “sexist, misogynistic pig,” all pointing back to a Valleywag post that misunderstood the tweet and equated it to the practice of hiring “Booth Babes.” That term refers to the practice of trade show exhibitors who hire female models to make their products more attractive to potential customers. It’s gross.

In my tweet, when I said “my girls,” it wasn’t in the sexist form like you’d find on Mad Men or Showgirls. Instead, more like how it’s used on RuPaul’s Drag Race.

To my followers, it wasn’t a far cry from any other tweet I sent out, but the addition of “just trained” made it sound a bit more misogynistic to an audience already grossed out by the practice of hiring booth babes.

For hours, I continued to receive “hate” tweets and comments on the post while I was soaked in a cold sweat walked to the expo hall. How bad would this get? Would I get fired? Luckily, Aol’s PR team assured me everything would be okay and not to worry. Eventually, an unidentified commenter claimed to have met me and came to my defense, affirming I meant no harm in what I posted. That seemed to be the silver bullet in ending the situation.

Is the fight worth your time?

How did I manage to stay sane in both of these situations, when people were clearly very agitated at me?

Surprisingly, I was relatively calm during the fiasco with Mr. Shatner. This was largely because I learned a lot from my experience of being flustered during the CES tweet storm just months prior. Though in each case, I avoided adding fuel to the fire and didn’t engage with “haters” attacking me. I also knew in my heart that in both cases, I wasn’t inherently wrong with what I posted in the first place.

If you ever are faced with a situation where you’re being attacked online, every decision you make matters and it could have a lasting impact. The first step is to own up to what you said, whether right or wrong. Deleting a post doesn’t make the issue go away, in fact, it can make it worse and affirm that you were in the wrong.

“Deleting a post only affirms that you were in the wrong.” @johncolucci

In my case with the CES tweet, I deleted it in a panic, and smartly so, Valleywag had a screenshot to replace it with in their post. Beyond screenshots, if say you tweet a large company, they might have an advanced social media monitoring tool like Sprinklr that can archive any post sent to them before there’s a chance to delete.

The next step is to ask yourself if engaging with those attacking you is even worth the social media fight in the first place. Sometimes, people just want to see you sweat, so ignoring them could eventually make the issue quiet down. If you choose to engage, doing so with caution is key. Counting to 10, walking away from your phone, or any other “calming” exercise first may prevent even the least defensive person from saying something worse.

“If you choose to engage in a social media fight, caution is key.” @johncolucci

You also don’t want to stoke the fire. In my case with Mr. Shatner, while I affirm I wasn’t attempting to cause more harm, I did retweet a couple of the things he said, which I think led to friends jumping to my defense. Looking back, I wouldn’t have done that, and would have kept the conversation between us as much as possible.

How can I flat out avoid confrontation on social media? No matter how perfectly you “curate” your online brand and exercise caution in what you post, you’re bound to post something at some point in time that’s going to irk someone. It’s not a perfect 3-step plan, but when I’m about to post something on social media, I try to keep these three thoughts in mind:

1. Will this get me fired from my job?

2. What would Mom, Dad, or my closest friends think about it?

3. Do I believe in what I’m posting about?

Don’t be too fearful

None of this should make you exercise fear and worry that you’re going to upset everyone. You just don’t know. And something you think is funny might not be funny to a sensitive friend or family member.

You might be friends (on Facebook) or be followed (on Twitter, etc.) by a wide berth of people in your life; such as acquaintances from different points in your life, people you work with, and of course, family. Each of these individuals come with their own opinions and perspective on life and their own way of interpreting text.

Exercising a little caution helps, but still have fun in whatever you like to do on social media. And if something goes awry, hopefully I’ve given you enough tools to stay in the ring. 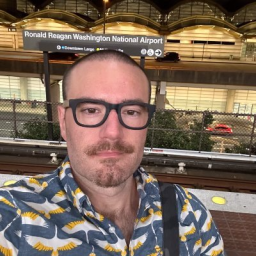 John Colucci is the Engagement Editor at Engadget.

4 Unexpected Social Media Platforms You Have To Try in 2015

How to Grow Your Business with Snapchat

Watching that social media follower count is like fast-forwarding your favorite Netflix series just to watch the credits -- ineffective,…