Want To Ward Off Memory Loss? Pick Up A Creative Hobby

Maybe it’s the excessive pollen in the air, or maybe you’ve been spending slightly too much time Keeping Up with the Kardashians, but do you feel like your memory is bailing on you? Believe it or not, you can actually train your brain to sharpen its functionality, and you don’t even need an expensive iPhone app to do it.  New research shows that just taking up a new hobby can go a long way in sharpening your brain’s ability to fight and prevent memory loss.

To get study the impact of new hobbies on the brain, University of Texas neuroscientist Dr. Denise Park studied a group 200 elderly participants, and gave some of a them new hobbies to learn. Amazingly, the demands of learning a new creative skill (in this case, Park used quilting and digital photography) helped her subjects boost their memory and prevent future memory loss, as compared to control groups who watched movies, listened to music, and did puzzles. Only those who learned a new skill that gained back memory function.

“Rather than just comparing them to people who did nothing, we compared them to a group of people who had fun but weren’t mentally challenged as much,” Park tells NPR. “We found quite an improvement in memory, and we found that when we tested our participants a year later, that was maintained.”

The key to sharpening your memory is challenging yourself with an intricate task that forces you to concentrate — so playing a board game or binge-watching House of Cards on Netflix won’t do the trick. And the task need not be hard, just new and different for your brain.

“Quilting may not seem like a mentally challenging task,” Park explained. “But if you’re a novice and you’re cutting out all these abstract shapes, it’s a very demanding and complex task.”

Still, you do want to be challenged. The subjects who learned digital photography and Photoshop showed the best results because of the increased complexity of their tasks, demonstrating that the more the subjects were challenged, the better they fared.

Cognitive psychologist Scott Barry says that learning an especially complex new skill can even help ward off dementia by “strengthening the connectivity” of large-scale brain networks. “We hope that by maintaining a very active brain, you could defer cognitive aging by a couple of years,” Park says.

Sounds pretty appealing to us — and now you have yet another reason to take on a new hobby! Will you challenge yourself in the hopes of increasing your memory? Let us know in the comments. 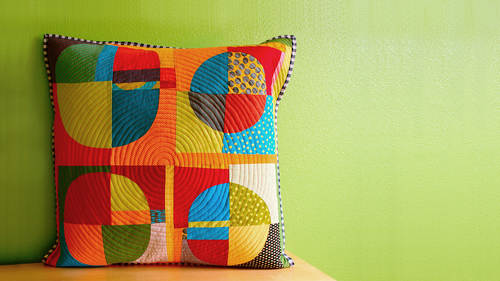 5 Ways to Spark Your Creativity This Weekend

Instagram gets a bad reputation -- and, to be fair, there are some pretty not-great accounts out there. But there…

Creativity Is A Gift

Here at CreativeLive, we believe that creativity is more than a buzzword -- it's a work ethic. It's a personality…