The role of photographers at the Winter Olympics has been essential since the very first event held in 1924 in Chamonix, France. Unlike other sporting events, Olympians dedicate years of their lives to prepare for only a handful of races. Their passion provides an unmatched environment full of energy, emotion and of course, motion. that last bit, motion, is the most important in the eyes of the photographer.

Downhill skiers average 40 to 50 mph and can even reach speeds up to 80 mph. So how do you capture them on camera as they fly down the hill? It’s all about shutter speed. Of the three points of the exposure triangle – ISO, aperture and shutter speed – only shutter speed has the ability to stop motion. The other two are used to ensure that you have a properly exposed photograph though, so don’t dismiss them. The higher the shutter speed the more motion that will be stopped. However, that also means less light will strike the sensor. Because of this, you may need to increase both your aperture and ISO.

The “Sunny 16 Rule” can be used in many instances. That rule states that on a sunny day, with the fstop set at 16 you can set your shutter speed to the reciprocal of the ISO (fstop-16, ISO 100, shutter speed 1/100). By knowing this rule you can adjust both your ISO and aperture to have the correct shutter speed to stop the motion. Usually a shutter speed of 1/250 or 1/500 will be sufficient. Keeping your ISO as low as possible (to reduce noise) you can open your aperture to allow the correct amount of light into the camera.

To show motion while keeping your subject in focus, you can use a technique called panning. By keeping the subject in the same position within your frame, and moving the camera slightly, you can achieve the effect of the background showing a blur of motion while the subject remains sharp. The same camera factors discussed above are used to create this effect. You will also need to take into account the speed of the subject as you move the camera, keeping them in the same position. The shutter speed will vary depending on the subject’s speed. The faster they are moving, the higher the shutter speed you can have while still achieving motion blur in the background. It may take some practice to get the timing down of when to move the camera.

By understanding your camera’s setting and the exposure triangle you can create some interesting effects in camera that take the storytelling of your photos to the next level. 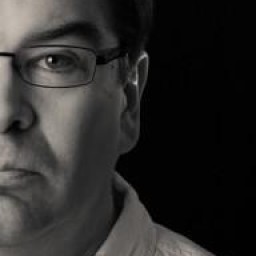 Matthew Kunce is a freelance writer, photographer and avid learner. He continues to explore the world of photography, post-processing and creativity as he makes his way through the world.

The Sochi Winter Olympics have been absolutely stellar (aside from the poisonous water / feral dogs), and every moment of…

The more people in a photograph, the more complicated the shot — which means that sports team photography is, well,…