Pat Pattison might not be a household name, but rest assured: he has been an important force for plenty of songwriters out there. If you have a question or concern about how to write a song, odds are, Pat has an answer. Whether pioneering Berklee School of Music’s songwriting program, writing influential songwriting books, or hosting an online class for over 170,000 students, Pat knows a thing or two. So when it comes to one of the most seminal questions about songwriting, he’s the guy to ask.

For a very long time, songwriting has been ruled by the rhyme. Though there are plenty of different rhyme schemes and choices to follow, it seems like a majority of songs written rhyme in some way, shape, or form. So why rhyme in the first place? In an interview from March 2014, Pat explains that “songs are made for ears, not eyes”. So by default, you start to write as a sort of guide or roadmap for the lyrics. “It tells your ear where to go next, what’s connected to what, and when to stop,” he says. Rhyming plays a huge part in the way storytelling has evolved in songwriting.

Some of the most memorable lyrics in music history have revolved around a rhyme scheme. Naturally, there is a huge connection between a rhyme and the rest of the song, both lyrically and musically. The structure of a song can support the lyrical rhyme, just as the rhyme can support the structure of the song. But the interplay between music and lyric doesn’t quite end there.

“Often a section will close with a rhyme, saying, ‘I’m finished’,” Pat explains, but the harmony does something different. In response, the harmony uses the dominant to create a sense of hanging, waiting to finish that idea. That relationship can create a more emotional feeling between the lyrics and the music, treating them as one idea together instead of two separate entities.

What that rhyme scheme does is allows you to really expand your use of words to relay a feeling. Lyrics become more open ended, instead of just relying on the perfect rhymes. Devolving rhymes even further, or ‘less stable rhymes’, can be used to create a sense of uncertainty.

Of course, as anyone who’s ever tried to learn the language can tell you, English is not a very rhyme-friendly language. There are over 15 different vowel sounds, and no common word ending for grammar usage. Italian, Spanish, French, by comparison, have fewer vowel sounds, and word endings have grammatical meaning. That leads to more rhyming options, when only considering perfect rhymes. However, using different strong rhymes or less stable rhymes can allow creativity and inconsistency in a musical way. But regardless of what rhyming pattern you use, watch out for one thing: cliché.

To avoid this trap, it’s important to break outside of the natural tendency to  expect a perfect rhyme (dog/log, fat/bat, etc). Instead, Pat says, there are more ways to connect words than just perfectly. You can create a strong relationship between words like ‘cat’ and ‘hack’, even though they’re not the exact same ending. Since they have a phonetic similarity, they still are relatable(in poetry, this is called a “slant rhyme,” and it’s clearly pretty popular).

Rhyming in song sounds lovely — but, as Pat demonstrates, the reason our minds and ears love rhymes so much is a bit more scientific and analytical than we usually realize. It’s also useful; rhyming is your friend, and a tool for you to use when you want. And don’t be afraid to be creative. There are different options available, and as Pat says, options are “what creativity is all about”. Write songs for the ears and not the eyes, and it will allow you to open up your creative songwriting mind. 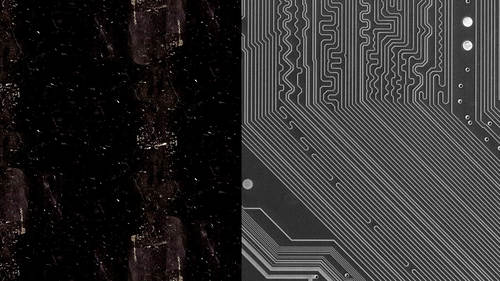 Is Listening To The Classics Ruining Your Music?

Whether it’s the Beatles, Zeppelin, Sabbath, Dylan or everything by the Stones before the 80s, there are many musicians who…