Why Cinemagraphs Are Worth The Effort

A Cinemagraph is a still image in GIF format in which small movements are repeated in a loop to give the viewer the perception that they are watching a video. Confused? You’re not alone.

A simpler way to describe a Cinemagraph is a perfectly looping video that you can’t tell when it starts or stops. In essence, a Cinemagraph is a photo that you can select a small part of to have movement that repeats. While the concept has been around for roughly 5 years or so, it is still not a widely used technique. With more and more business being gained through social media, mastering new styles of image creation and especially one that moves is a strong way to stand out in that vast sea of hashtags.

Ready to try your hand at Cinemagraphs and a whole slew of other After Effects? Join Chad Perkins for Adobe After Effects CC.

With a rudimentary knowledge of Photoshop and no clue as to how a Cinemagraph is made, I set about seeing what I could create. Camera in hand I looked around me and what did I see first? My little 4-month-old baby. Okay, Babies don’t move that much right?

They are, however, unpredictable… and sometimes gross.

Okay, so scrap that. I needed directions on not just what I’m doing wrong, but what I need to do right.

In Aaron Nace‘s class, The Magic Of Cinemagraphs, he goes over with easy instruction exactly how to combine images together to create beautiful moving photographs. In this class, he also gives fantastic tips and tricks for shooting a cinemagraph, common animation techniques, and how to mask layers to isolate movement to one part of an image all within photoshop.

After watching his class I decided to rev up Photoshop and give it another go.

Here are 5 things I learned when creating Cinemagraphs.

1) Use a tripod. You need rock solid footage and a tripod is a sure fire bet to getting steady footage.

2) Try to get your subject to stay as still as possible outside of the small movement that is happening. This will help a ton when you’re layer masking but also will assist in maintaining that stationary illusion.

3) Record footage longer than you think and try it a few times. You only really need about 2 seconds of footage to work from, but it’s easier to ask your subject to stay still a littler longer than it is to ask them to get back into that same perfect position.

4) Don’t forget your background. When you’re setting up for your video, make sure to compose the shot as if it were a photograph. Having the title of being a Cinemagraph will not make it be interesting on its own.

5) Get your white balance right. Don’t forget we’re not working with RAW images here, so treat it like it’s a JPG and get the footage as perfect as possible in-camera.

Ready to try your hand at Cinemagraphs and a whole slew of other After Effects? Join Chad Perkins for Adobe After Effects CC.

So while it is not the easiest and the process takes a while (this image took about 15 minutes or so), the results are stunning. The ability to take a moving portrait is a great way to get noticed by your social audience be it on facebook or otherwise. Make sure check out Aaron Naces‘s class for the step by step workflow on how to create a Cinemagraph of your own. 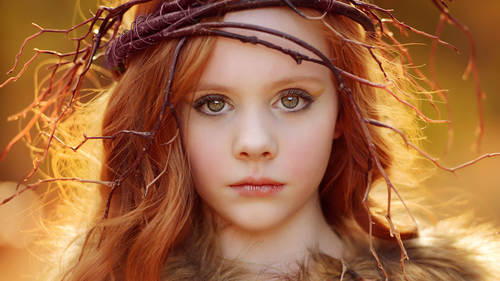 The Best (and Worst) Free Apps for Adding Text to Photos

If your Instagram feed is anything like mine, it’s full of incredible semi-pro photographers with great taste in furniture, people…

Is it okay to use the Liquify tools on your clients? 4 questions to ask before you liquify

Photoshop’s Liquify Tool is a magic wand for pixels, tackling tasks from shedding pounds to adjusting flyaway hair. But that…

Insight into wedding photographer Caroline Tran's creative process and her advice to aspiring photographers and Photoshop students. What became the hallmark of…

On a professional, commercial or editorial shoot, food stylists prepare food to make it look “real,” or better than real.…