If you’re anything like me, the word “networking” makes your skin crawl. Is there anything more intimidating, offputting, and slightly skeevy than the prospect of attending a networking event or foisting your business card on an unsuspecting acquaintance? Luckily, there is a better way to network—but it requires a gentle shift in your thought process.

Here’s the secret to effective networking for creatives: Don’t network.

Let me explain. By its very nature, the concept of “networking” is antithetical to organic, long-lasting relationships. The dictionary definition goes something like this: “to interact with other people to exchange information and develop contacts, especially to further one’s career.” But we all know how it feels to be on the giving or receiving end of communication that’s only aimed at furthering career prospects—empty, inauthentic, self-serving.

I can hear you whining right now. That’s all right and good, you say, but this article won’t sell itself. This piece of art needs a gallery, stat.

I’m not telling you to stop hustling or introducing yourself to others, but truly organic networking for creatives has to go further than a handshake and a cold exchange of digits. I’m willing to bet that your personality is much more impressive than a sales pitch…so why are you more focused on blurting out your career history than finding out about someone else?

Letting go of traditional networking means focusing on other people, not yourself. It means celebrating their successes, spreading the word about their accomplishments, and figuring out how you can help them. Along the way, you’ll likely discover a lot about the worth and value of your own contributions.

Here’s an example: When I needed to promote an upcoming book, I knew that I “should” network with book bloggers, but I couldn’t seem to connect with anyone. When I reassessed my approach, I realized I wasn’t offering them anything valuable in return for promoting me. I decided to change my tactics and experiment with learning about their audiences and needs as bloggers.I began to realize that instead of running a promo for my book, it made much more sense to promote their blogs instead. The result was not just a wildly successful promotion—it was a set of real relationships that persist to this day, none of which I would have ever encountered if I hadn’t stopped thinking about myself for a minute.

I’m not telling you to leave your professional ambitions behind, but next time you want to meet someone new or get ahead in business, ask yourself a simple question: how can I help? It might take a while to get used to this new, lower-pressure form of connecting, but what you lose in perky handshakes, you’ll gain in lifelong friendships and real opportunities. And that beats traditional networking any day. 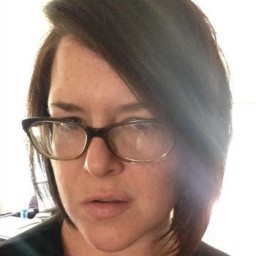 It’s Not About Self-Worth: The Key to Freelance Pricing

You know you want to command the fees you deserve, but is there a wrong way to set graphic design…

Slinging business cards is simple when you’ve got networking events, trade shows, and conferences packed on your calendar. But when…