When digital photography first came on the seen it was believed that film photography would wither and die.  However, over the past several years there has been renewed interest in this classic medium.  We’re seeing it reemerge in the movie industry and some of the world’s top photographers swear by it.  More and more people are trading in their digital gear in favor of shooting film.

There is something magical about film.  The way it reads light, the tones, the entire process of shooting it are just so different from working with digital cameras.   It’s really, really fun!  And the results are beautiful.

If you are curious and wanting to give it a try here are five things you need to know before shooting your first roll. I know that many photographers are curious about shooting film but are nervous about giving it a try.  Its seems hard.  You are at a fixed ISO (the film’s speed) and you can’t look at the back of your camera to make sure you’re doing it right.  Scary!

But shooting film is much easier than you think.  Part of the reason why it so easy is that film reads light differently than a digital sensor…. you have MUCH more wiggle room with film!  Which leads us to our next point.

We all know that when shooting with a digital camera, you do not want to overexpose your image too much for fear of blowing your highlights and loosing detail.

That is not the case with film.

In fact film, especially color film, prefers to be overexposed one or two stops.  I’ve even overexposed some of my color stocks by up to five stops (yes, you read that right) just to see what would happen, and my images came back beautiful!!

So if you err on the side of overexposing it’s very hard to mess up a roll of film.

Not all film stocks are created equal.

There is no universal standard for film.  Each stock is slightly different.  Each has its own color profile.  Its own level of contrast.  I call this the film stock’s personality, and once you know its personality, you can choose stocks based on their profile.  In this way your film stock becomes your creative partner and can help you build a unique style and look that is specific to your work!

Film is easy to find.

When I tell people I shoot film the first question I’m asked is where I buy it.  The truth is, there are still a ton of places to get film.  I live in Seattle, and we have a great camera shops that sells professional grade film stocks.  If you are not in a city, or your city does not have a good camera store you can order your film online.

If you do order it online, just make sure you store it in your refrigerator once it arrives.  Film does not like to be hot!

There are tons of great labs that can develop your film for you.

Luckily there are many labs to choose from, especially here in the United States.  I personally use Richard Photo Lab as I find them to be consistent and easy to talk to when I have questions.

Whatever lab you choose, just make sure they are a professional lab with experience processing and scanning film.  A professional lab will have fresh chemicals, good equipment and a well trained staff, so your film will come back looking amazing!

And when your send your film into a professional lab the lab will scan your negatives, so that you’ll have a digital copy.  I love this for many reasons, one of them being that having the negatives and the digital copy is like having an automatic back up plan!  If something were to happen to my hard drive and I were to loose my digital images, I still have the negatives, and I can always print or re-scan from the negatives!

So go ahead and give it a try… after all, you’ve got nothing to lose and lots to learn. 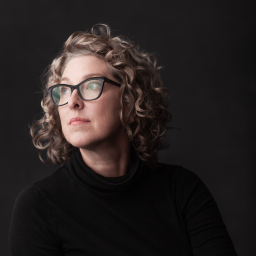 With over sixteen years experience working in both film and digital photography, Sandra Coan has become Seattle’s premier maternity, newborn and family photographer. Her award winning work has been featured in a variety of publications including Click Magazine, Lemonade and Lenses, Seattle Bride, Plum, Bump and The Knot and on the popular blogs Let the Kids Dress Themselves, Light Inspired and Beyond the Wanderlust. Sandra's work is also now a part of the Seattle Museum of History and Industry’s permanent collection.

Photo Week Is Coming. Are You Ready?

With just over a week until Photo Week, our largest photo event of the year, we thought it only appropriate…

I’ve just complete preparations for my latest Camera Buyer’s Guide video, available for free through CreativeLive, and change is afoot.…