All Great Filmmakers Must Be Storytellers First

Powerful films are defined by a cinematographer’s ability to tell stories. Whether you are an amateur shooting a documentary with friends or an experienced pro creating a video for a client, it’s your job to craft a story that resonates with your audience.

This short film, shot by an internationally acclaimed cinematographer — and arguably one of the world’s best event filmmakers — is an example of finding and featuring an engaging and human storyline even when the primary purpose of the video isn’t related to the story itself. Here, Ray Roman showcases a wedding designer’s work within the classic tales of two people finding love and a father’s heartfelt message to his daughter on her wedding day. He meets his client’s objectives while framing the content through an appealing and relatable story.

At the outset of the film, we know that this is going to be a story — not just another promotional video with layers of interviews and simple shots of place cards and centerpieces. The opening shot of two floating lanterns signals that viewers should buckle in for a feature and foreshadows what this film is truly about: two people starting a life together.

Roman sets the scene quickly, introducing the film’s main characters and an easily recognizable scenario. We immediately discern the narrator to be the father, the bride the daughter, and the setting to be her happy day. The viewer not only identifies these things, but is swiftly thrown into the emotional context of the story. As the man in glasses quakes with emotion and his voice squeaks and chokes with tears, we understand his love of family and his amazement at the all-too-rapid pace of time.

After priming us with the father-daughter relationship and tugging on heartstrings with recollections of childhood, the father seamlessly transitions into discussing the wedding itself. The cinematographer manages to taut the talents of his client, the wedding designer, while staying within the love story.

Evoking a sense of contentment and relief, the father admits that he couldn’t imagine his daughter’s day any better, and the filmmaker matches this heartfelt praise with gorgeous shots of the bride. We see her elegant profile and the intricate beading of the her gown as black-tied assistants button it up. At this point, we have been transported. We are in the room with her as she gets ready.

Building on this setting, the film introduces the groom, the narrator’s future son-in-law. Close-up shots of the groom’s military uniform buoy the father’s assertion that this man has every quality he would want for his daughter. We see his medals, ribbons, and candid shots of a beaming smile with a strong jaw — all devices giving this character a personality, a history. In a small way, we already know and admire him.

The anticipation mounts for the main event as more shots feature the work of the wedding designer — the lush tropical setting, crystals strung on a thread and sewn into a cascading veil,  bride and groom getting primped behind the scenes, the flower gardens dripping from the ceiling — until finally, the wedding begins. The filmmaker stretches the entry to the chapel, taking the viewer through the sequence of parents, ring bearer, and flower girl. The music swells and at last the bride and her father walk down the aisle, the groom weeping at seeing her. The priest’s remarks about love and companionship underscore the poignancy of the moments captured.

The film moves to cover other important aspects of the event, highlighting lavish decor, strobing entertainment, and celebrity-strewn dance parties, but does not lose its human component. The segment is short and is tied to the overarching story; this event is still all about celebrating this couple, this family. The filmmaker takes us back to the chapel, where close-up shots reveal the bride and groom’s most intimate and public act as a married couple: their wedding vows.

At the close of the film, Ray Roman circles back to the opening shot, with two lanterns lifting into the night sky. By fade-out, the cinematographer has won; he has dazzled us viewers with his client’s talent and has tied it to a real story and real emotions. We are astounded by the beauty of the event, but even more moved by the familiar tale: two people falling in love, and a family letting them go as they begin their new life.

To learn more from Ray, check out his Wedding Cinematography Crash Course on creativeLIVE November 25-27 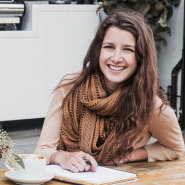