Want To Be More Creative? Start Running (It’s Not That Hard)

Despite your best efforts, for most people, the end of January is that time when devotion to those resolutions start to slip. Maybe you promised yourself that you’d start working out but just can’t figure out how to get started. Maybe you feel like you don’t have time. Maybe you’re worried you won’t actually see the benefits.

But I’ve got good news for you: I’s easier than you think, and the benefits are more bountiful than you realize.

Running is a perfect exercise for the busy creative. Take it from Craig Swanson, the co-founder of CreativeLive who started running when he found himself on vacation without his regular yoga studio and weight training routine. He wondered what he could do to keep himself in shape while also enjoying a not-so-strict diet.

In my interview with him, Craig said, “I used to think that running was something that other people do.” He simply never saw himself as a runner. In my experience as a coach, self-perception is often what stands in the way of achieving goals. “I’m not a ‘real’ ‘professional’ or ‘paid’ photographer, musician or crafter” is the same as “I’m not a runner.”  You can be if you start calling yourself one and start putting in the work.

The benefits from running are numerous, but one that has nothing to do with how you’ll look may be the most enticing of all. Idea creation and creativity can be found when you’re out there hitting the pavement. When Craig started running he found himself thinking over his music, so he stopped listening to it and started transcribing the ideas that were coming to him into his phone.

“There are days I’ll come back from a run with 650 words of thoughts that came up during that run.”

Here are a few ways to stop giving yourself excuses and get out there:

–Find something do-able. Couch to 5k is a great program that Craig used to get started
–Join a local running group. You’ll meet like minded people who will be at your same level, they’ll also help hold you accountable for showing up each week.
–Make an appointment for yourself. By putting a regular appointment into your schedule you’ll feel more obligated since you set the time aside.
–Lay out your running outfit ahead of time. either before bed or for after work the clothing will be staring you in the face
–When you get back from your run, share it with someone.  Social media is great for encouragement from friends, it will boost you up even more to know that others are proud of you for getting out there.

Beyond thought creation, running also comes with an element of exploration. Taking to your own two feet even around your own neighborhood will have you seeing things you’ve never noticed before. Maybe there’s a beautiful path that is hit by sunlight in a way you’ve never seen. Maybe there’s the rhythm of your breath that syncs to the rhythm of your stride that you can be inspired by. Maybe you’ll see a sign with beautiful type that you’ll remember to look up and use in your next poster design. Running takes you places faster and further, there’s no reason to hold yourself back.

Find your freedom, your inspiration and start exploring the world around you. Start running today. 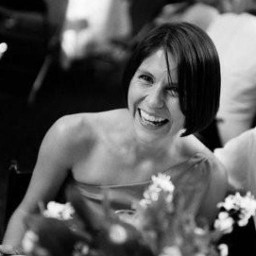