When was the last time you had a great idea but no idea how to make it happen? My guess is that, if it wasn’t some time this week, it was in very recent memory.

You had a flash of brilliance, a project that would really make a splash, really get your brand out there.

You could see the finished product (video, event, book, offer, etc…) in all its glory.

You realized you had no idea how to make it happen.

I’ll admit it: I’ve been there, done that.

If I look back on the last 8 years, are there probably at least 15 times I could have changed the course of my business if I’d only been willing to step back and let someone else figure out the details.

When I talked to Jenny Dopazo for Profit. Power. Pursuit., she told me her own experience with a great idea and no idea how to make it happen: her web series The Fabricant Way. She wanted to interview, film, and promote small business owners who made exceptional products in her local economy.

Now, Jenny is a designer and digital strategist… not a videographer.

She actually told me, “The one thing that was certain was that I wasn’t going to put myself in a position where I needed to learn how to do this. Me becoming a film person was not part of the vision.”

How could Jenny turn this great idea into reality?

Learning Is Your Job But It’s Not Your Only Job

As a small business owner, you’re constantly putting yourself in the position of having to learn how to do new things.

It’s not necessarily a bad thing–learning is part of entrepreneurship (and it’s one of the reasons I love it so much!).

But it can become the default setting: new idea equals something new to learn.

And when you’re overwhelmed, overloaded, and over-scheduled, it means that the things that could really change the course of your business–like Jenny’s video series–often get left behind.

Jenny said that once she realized that becoming a “film person” wasn’t part of her vision for the project, she was able to get clear on what seat at the table she really wanted to be in.

Then, she could identify all the other “seats” she needed and find the right people to fill those roles.

Now, I understand that that in and of itself might sound intimidating. Maybe you’re not in a position to make that kind of investment or maybe you’re not connected to the right people.

Don’t table a project just because YOU don’t know how to make it happen.

Get clear on your vision and your role in that vision–and then get creative about the rest. That’s how big business-changing projects come to life without sucking the life out of their creators. 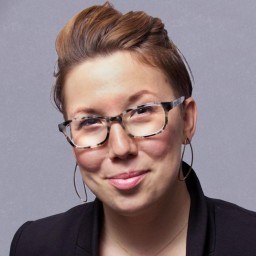 Tara Gentile is a creativeLIVE instructor, business strategist, and the creator of the Customer Perspective Process.

Is the Cost of Photography School Worth the Debt?

Higher education in the U.S. has become a fraught issue. Surveys have found that not going to college may detrimental…

When you're trying to get attention (or money) for your business, timing is everything. You've got two minutes to make…