On the eleventh hour of the eleventh day of the eleventh month, the “War to End All Wars” was at an end. The year was 1918 and The Great War was declared over. Americans recognized the date as Armistice Day and celebrated world peace while also honoring veterans who fought in WWI. After WWII and the Korean War, Veterans replaced the word Armistice, and Americans began to observe the designated day as we know it today, Veterans Day. It’s a celebration to honor America’s veterans for their patriotism, love of country and willingness to serve and sacrifice for the common good.

As you may know from my Starting a Personal Project keynote, I began the Veterans Portrait Project while I recovered from combat injuries I’d sustained in Iraq as an Air Force combat photographer. My head was filled with negative words like “can’t,” “shouldn’t,” “restricted.” I felt alienated, helpless and alone. The life I knew and loved seemed to vanish overnight, and all I was left with was a pain-in-the-neck – literally and figuratively. A fellow veteran, who’d fought in WWII, was the inspiration I needed to take up the camera again. I felt his story, like so many other veterans I’d met in the waiting rooms of the VA hospital, was compelling and important to share. Moreover, I wanted him to know that I was thankful for his service and sacrifice. The best way I could demonstrate my appreciation was through my photography.

I didn’t have much in terms of professional equipment, or lighting skills, but I figured it wouldn’t matter to the veterans. After all, the gesture was more important than the imagery. With a clear objective in mind, I worked with the Ralph H. Johnson VA Medical Center’s public affairs office to arrange some portrait sessions. I set up my little makeshift studio, comprised of three Nikon Speedlights on flash shoe Spring Clamps and stands, in the common areas and photographed fellow veterans who were waiting for the medical appointments.

With each veteran I met, I was struck by how similar our experiences were. It didn’t matter they were 40, 50, 60 years older than me. Through hearing their stories, I felt validated. I wasn’t alone after all. They too grappled with their experiences, and often expressed feeling the same emotions. I didn’t realize it at first but while providing empathy and compassion for them, they were healing me in return.

I set a goal that I would photograph veterans in every state and province from which the United States recruits military members. I figured that would take a lifetime. Thus far, I’ve traveled to 27 states and photographed several thousand veterans.

Over the course of my Project, I acquired more equipment, refined my lighting techniques and raised awareness about veterans’ issues. Most importantly, I learned more about human nature and myself. The Veterans Portrait Project has been a journey of discovery, healing and growth for me – a truly personal project. 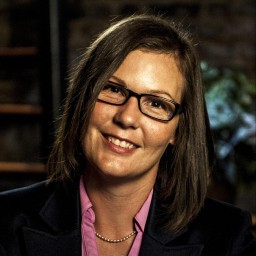 While flipping through a magazine, you see a makeup ad that is lit fabulously and you immediately think, “That’s beautiful!…