Baron Fig Co-Founder: ‘I Think Having A Bit Of Fear Is Healthy’

Joey Cofone is designer and longtime troublemaker living and working in New York City. Joey strives to make work that appeals to curious minds—work that’s beautiful, smart, and communicative. He is the co-founder of Baron Fig, a company that inspires and empowers thinkers through highly designed products, curated projects, and fostering an environment that promotes feedback from our customers and fellow makers.

1. How did the idea for Baron Fig come about? What does the name mean?

First and foremost, I love making things. This passion can be traced all the way back to a specific day in first grade. We were given a worksheet to color, it was an anthropomorphized illustration of a worm complete with face, legs, and arms. Just like my classmates, I wanted mine to be unique. At some point I realized that, despite using different colors, my worm still looked like everyone else’s. That’s when it hit me. I took extra paper and created accessories—a hat, shoes, microphone—and created a truly unique version worm guy. From that day forward I was addicted to the challenge of looking at the world in new ways.

Baron Fig is direct evolution of that experience. Years later, I still feel the same way, and I want to share the beautify of making with the world. The name Baron Fig is derived from the dichotomy of Discipline and Impulse: having the discipline to work hard and the impulse to go to places you (and others) haven’t. The Greek gods/brothers Apollo (discipline) and Dionysus (impulse) represent this dichotomy perfectly. “Baron” is derived from the Apollonian symbol of “soldier”, and “Fig” is a symbol of Dionysus.

2. Crowdsourcing – how did this inform the design?

Human interaction is crucial to creating anything of value. It just makes sense. If we want to create something that moves people then conversation with those people is where the process needs to begin. And that’s just what we did. My co-founder Adam Kornfield and I spoke with over 500 thinkers around the world and asked them one simple question: What do you like in a sketchbook or notebook? The response was tremendous, nearly everyone we contacted had something to say, and we used their feedback plus our own experiences to design our flagship notebook, the Confidant.

Only after all the research, discussion, and development did we start crowdsourcing. We created a Kickstarter campaign and laid out everything about Baron Fig; our philosophy, process, product, and hopes. Our hearts were out for everyone to see. Thankfully people responded well to what we were looking to do. The campaign’s original goal was $15k, but we ended up selling over $168k worth of books to 4k+ people around the world. It got us started—and changed our lives.

3. I’m proud to have been among the first ten people to fund Baron Fig on Kickstarter. Tell me what the kickstarter experience was like!

First of all, thanks for backing us! I’m a sap when it comes to stuff like this, I melt every time a customer says they were an original Kickstarter backer. I’ll never be able to communicate how much I appreciate it.

The Kickstarter experience was rewarding and grueling. It took us about 5 months of preparation—video, copy, product, media, website, etc.—before we were ready to launch. After we launched our 30 day campaign it was a whirlwind of emailing, answering questions, pledges, writing, calling, tweeting, and facebooking. I literally face planted on my bed multiple evenings, fully clothed, and slept straight through to the next day. The whole thing was an adventure.

4. What was it like to hold that first tangible product in your hand?

It was scary. All the work we put into the project culminated into this object I could hold in my hands. If people didn’t like it, nothing else mattered. I could tell that I really liked it, but until it was out in the world there was no knowing how well it would be received. That’s the true test. Now we get tweets and emails every day now about our books. People love them, and I am utterly thankful for that.

I think having a bit of fear is healthy. It means we’ve put a part of ourselves into it, that we’re vulnerable, we’re taking a risk, and ultimately that we truly care about what we’ve made. Same goes for design—no matter what project I’m starting, there’s always a part of me that wonders if this is finally the time I won’t be able to find a solution. And that fear charges me, puts me on the edge of my seat, and keeps me moving forward. Ah, that’s the question! As of right now we have two flagship products, the Confidant hardcover notebook and the Apprentice pocket notebook. There’s a limited edition out of each, the Three-Legged Juggler Confidant and the Lightbulb Apprentice. On top of that, we’ve done a few Baron Fig Projects, including the Poster Project, where we collaborated with 12 creators around the world to make a limited edition run of posters (all gone!).

We have some fun things planned for the future. Our mission is “To empower thinkers in the journey to create and inspire the world.” There’s a lot of room in there for fun things. Stay tuned. 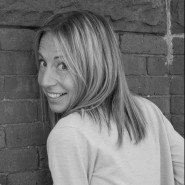 3 Must-Read Books to Make This Your Healthiest Year Yet

When Reinvention Fails: 6 Rebrands That Never Should Have Been

On Not Buying New Clothes: What I’ve Learned From Living With What I Have