In every episode of CJLive, Chase Jarvis talks to top creative entrepreneurs and thought leaders to unpack actionable insights that help you live your dreams.

During his latest conversation, Chase went deep with one of the world’s best known innovators: Sir Richard Branson.

Branson is the founder of Virgin Group and author of the recently released book, “Finding My Virginity.” The book is a personal take on Branson’s highs, lows, and unending quest for adventure. In it, he talks about his humble beginnings as a teen magazine publisher. Chase asked Branson about the endeavor as a starting point for discussing entrepreneurship and grit. Here is an excerpt from that conversation:

Chase: You published a student magazine. Why magazines, and how did you get it off the ground? I think people are interested in the tactics.

Chase: But what did you actually do?

Sir Richard: So the last thing I thought was that I was becoming a businessman or an entrepreneur. I just wanted to be an editor of a campaigning magazine to campaign against the Vietnamese War, which was one of the most unjust wars ever, in fact, pretty well every war is unjust, but this was a ghastly, a ghastly war. Young people between the age of 15 and, you know, 30 were all marching on streets and trying to bring the war to an end. I didn’t have any money. There weren’t such things as mobile phones in those days. We had a mobile phone box at the school with a fixed line telephone, and if you wanted to make a call, you had to keep putting money into the phone box, and, if I chose the times of day where other kids were not using the phone box, to go and ring up advertisers, potential advertisers, to see if I could persuade them to advertise in my magazine. And there was one occasion where I was putting money in, and I lost the money and like didn’t get through, and I rang up the operator, and they said, “oh don’t worry, we’ll put you through.” So then I started using the operator as my secretary. I’d just ring up, say I’ve lost the money, never put any money in. And so I had these posh operators being put through, “I’ve got Mr. Branson for you.” So I finally had my free telephone calls. And I just had to hope that I didn’t get the same operators two or three times in a row. And then I would talk to Coca Cola and say, Pepsi’s just taken a full page add out, I learned these tricks quite early on, and, “Oh well, if Pepsi’s doing it, we’ll have to do it.” National Westminster Bank, well if they’re doing it then Barclay’s would do it and so on. When I got about four and half thousand pounds of advertising promised, I was 15.

Chase: All of them.

Sir Richard: I think, you know, there was this young, enthusiastic, but actually they wanted to get to young people, so there wasn’t a magazine for young people in those days, so, somehow we persuaded them. And then the headmaster had me in and said, “look, “you either run this magazine and leave school, “or you stay at school and you don’t run the magazine.” I went, thank you. And I sort of waived him goodbye. And the magazine became my education, and I suppose I became an entrepreneur by default because I had to worry about the advertising, worry about the distribution, worry about the printing and the paper manufacturing, and being an editor was important, but it was at least 50% of the time was becoming an entrepreneur. A word that didn’t exist 50 years ago. Becoming by mistake.

Chase: Some French dictionary probably had it in there.

Sir Richard: Yeah, I’m sure the French knew what an entrepreneur was, but in those days, every company in Britain was run by government ready. So you had British Telecom, British Gas, British Steel, British Coal, and they were awful, badly run. And then myself and women called Anita Roddick who started Body Shop, there was just the two of us as entrepreneurs. And you know, if anybody wanted to interview a woman they interviewed Anita, if they wanted to interview a man, they interviewed me, so we got more than our fair share of publicity for what we were doing. And the fact that I was young gave me an added advantage, too. And then just one thing led on to another. I found that music was really expensive to buy so I thought, screw that, let’s, we’ll use the magazine to start selling music much more cheaply than anybody else. Of course we were selling music we liked so it didn’t have, we wouldn’t have had Andy Williams, it would be Frank Zappa, it would be, you know, we’d start having a credit, we got a lot of credibility by the quality of the music we sold.

For more from Sir Richard – on everything from re-branding dyslexia to being a “grand dude,” check out the complete interview over on Chase’s site. 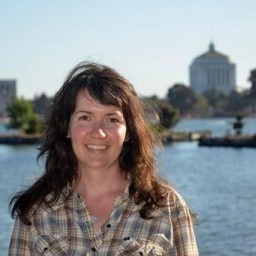 The Right Way to Launch: Product Hunt’s Ryan Hoover on Getting Started

CJLive is your window into the world of some of today’s top creative entrepreneurs. During this week's installment, Chase Jarvis…

What does neuroscience have to do with creativity? Plenty, if you want to cut through the clutter and focus on…

You definitely know Eugene Mirman. He is a stand-up comedian, actor, and writer. You’ve heard his voice as “Gene” from…