“The great thing about writing music with children is that it forces you to write simpler melodies and parts. In the past, I’ve had a tendency to overcomplicate things, but my new bandmates force me to keep it simple.”

Justin Tamminga is a musician and teacher in Tacoma, WA that, earlier this summer, started writing songs with his 9-year-old son and 6-year-old daughter, Lucien and Dahlia.  What started out as a way to get his kids more into music turned into shows, recordings, and even a music video. The band is called Pig Snout.

“I was showing my kids how to play a part on the drums or on a keyboard, and we would just play this really simple riff called ‘Catfish.’ From there, I started writing other parts and they jumped right in wanted to record,” Justin says.

Most of his teaching technique works this way. Instead of practicing standard scales or exercises, he teaches riffs or specific parts and builds on those, adjusting complexity and length until they come together to form a complete song.

Pig Snout does all of their recording at home. Their home studio is pretty simple, consisting of an iMac running Logic Pro and a handful of microphones he’s put together over the years. But, Justin says, that suits them just fine. 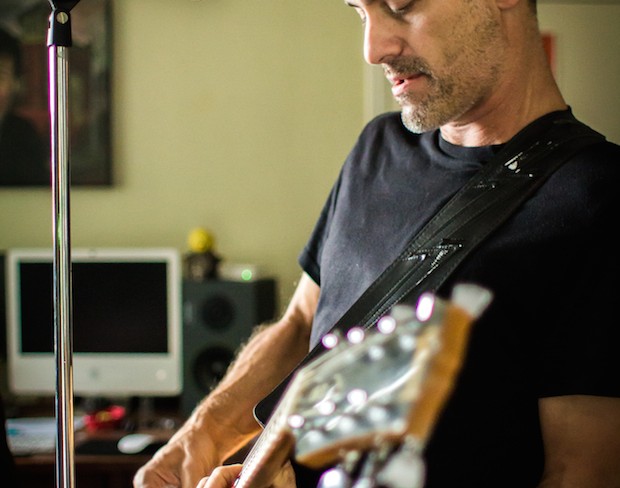 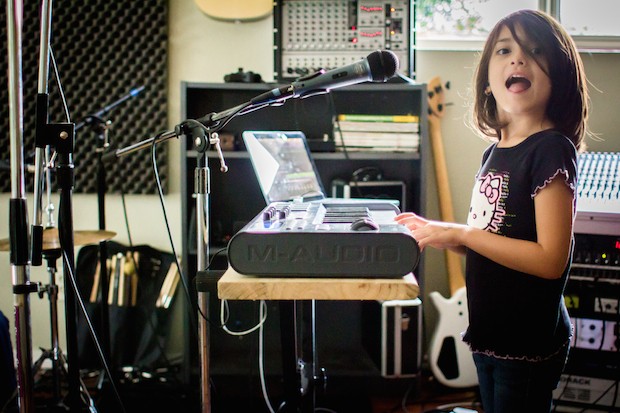 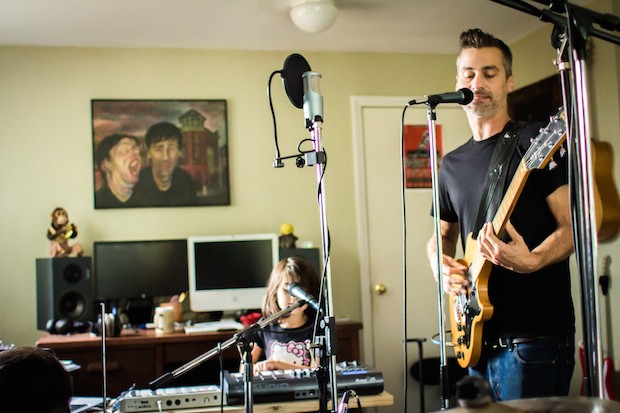 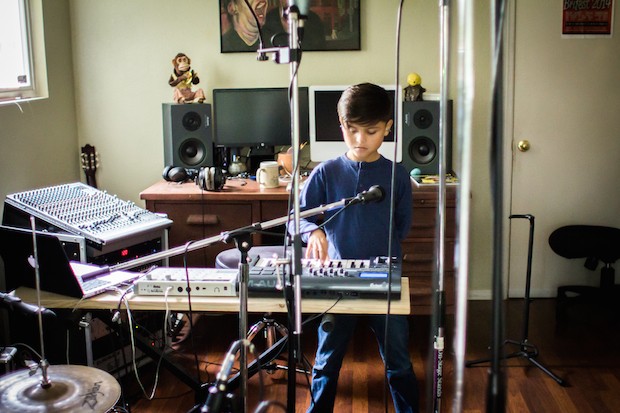 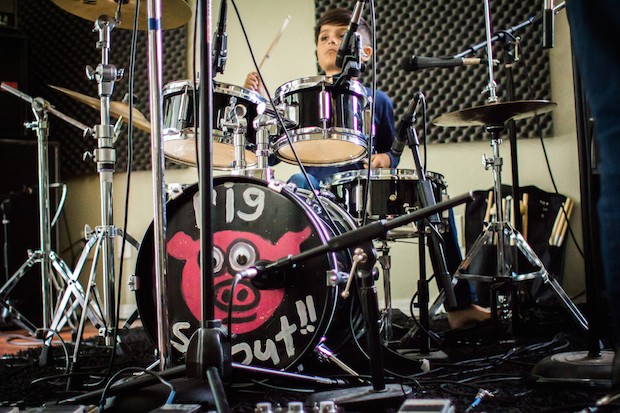 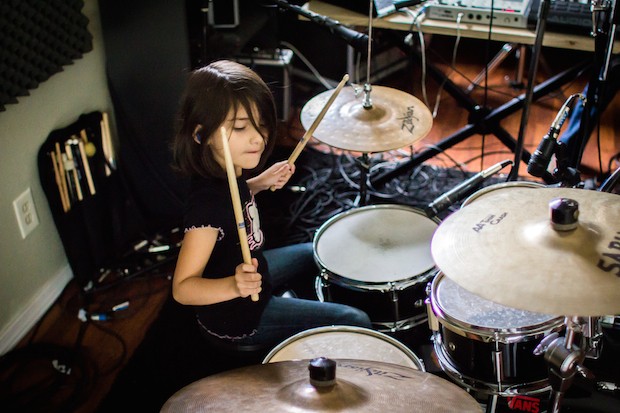 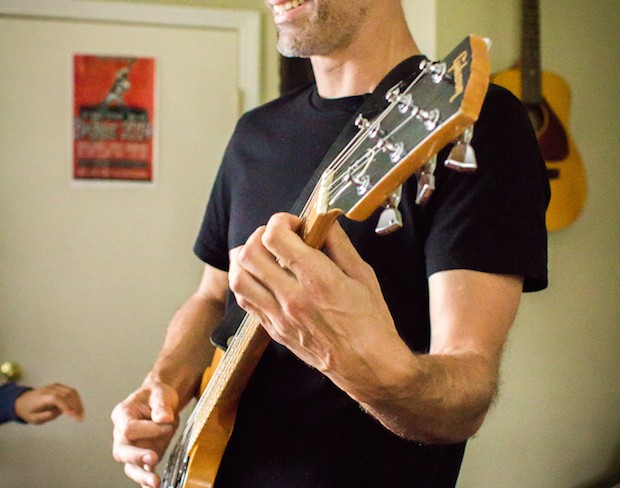 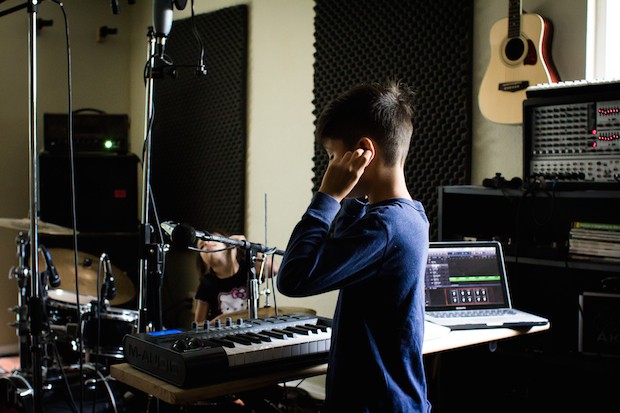 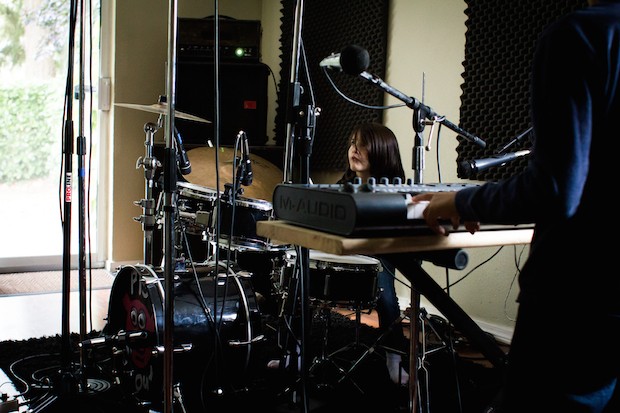 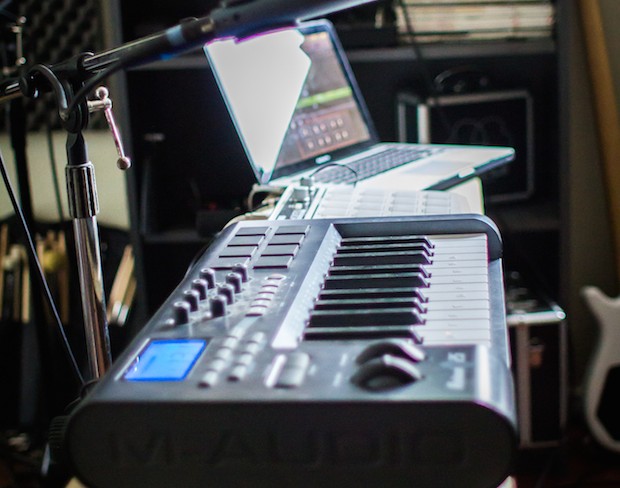 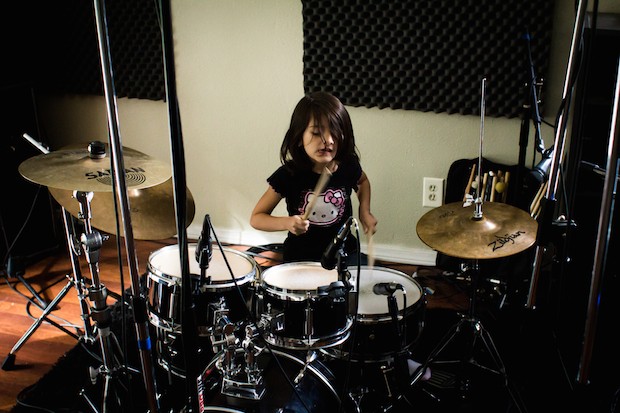 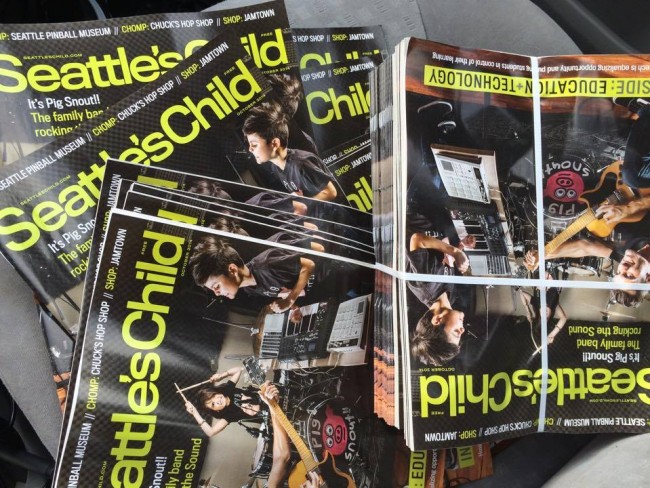 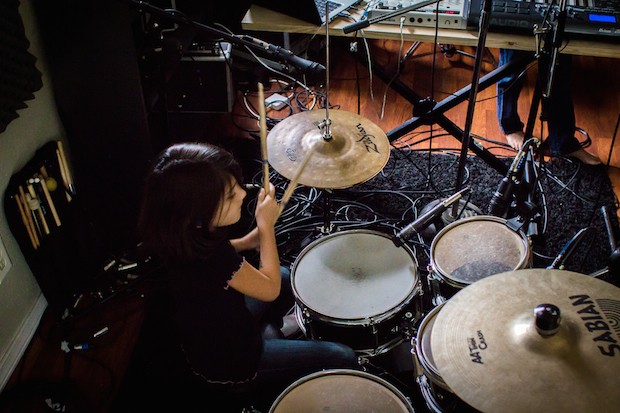 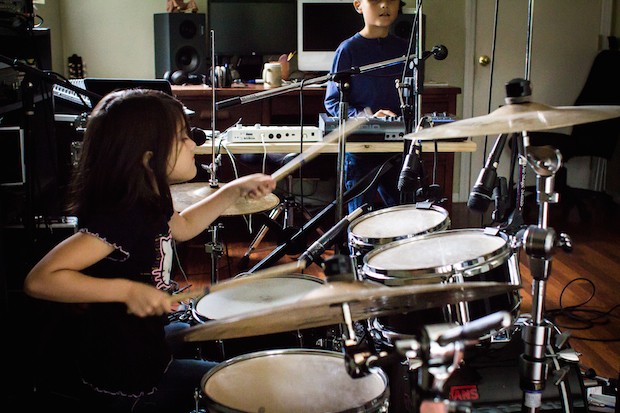 “We don’t have a lot of super nice gear, most of this stuff I’ve just inherited over the years playing in bands. This SM57 for example was my dad’s that he gave me when I was a kid. We just find a way to make it sound good.”

In a spare bedroom in his house in Tacoma, Justin put together this studio, filled with guitars, keyboards, mic stands and amplifiers. His custom made Verellen tube amp was actually the second one ever built by local guitar amp guru Ben Verellen, along with a Sunn tube bass amp and a drum kit that doesn’t even come up to his knees.

“It’s funny, I have my full size kit too, but this is Dahlia’s and it actually sounds awesome recorded!”

So far, Pig Snout has played shows at local clubs like the New Frontier and Jazzbones and even played at Music and Art in Wright Park this past August. They were even invited to play live on the Spud Goodman show, a local-access music show that’s been around since 1985, showcasing Northwest bands and artists. They’ve also already landed their first magazine cover: Seattle’s Child. Pig Snout’s influences are not your typical kid-rock fare. Lucien credits his musical palate to Josh Homme and Queens of the Stone Age, while Dahlia rocks out to Fugazi and Radiohead. And their songwriting process is pretty simple.

“I usually just start working on a song then ask my kids to jump in on a certain part. Dahlia usually plays drums, but sometimes they switch it up. The first time I asked Dahlia if she could sing background vocals and play at the same time, I was blown away by how quickly she picked it up.”

The newest song they’ve been working on features a shout chorus section that came out of an early morning rally they would sing together every day before leaving for school.

“Music really gave me a lot of confidence when I was a kid. I wanted my kids to go to school every day knowing that they had a lot of be proud of and not to listen to anyone who put them down.”

Don’t ever let them get you down,

stand up tall and hold your ground

Justin will be debuting their newest song on CreativeLive on October 14, with producer Beau Burchell. Their newest track will be one of three home recordings Seattle area bands have done that Beau will be mixing and critiquing. To find out more about Pig Snout, check out their Facebook page.

How To Keep The Sound Guy From Ruining Your Show

No matter how good you think your live show is, the sound guy/gal doesn’t care. Regardless of whether or not…

“I’m not really a religious person, don’t get me wrong. I’m spiritual…but good things do happen. And he (Dave Grohl)…