I recently had a severely long and drawn-out bout of the dreaded disease known as Writer’s Block. By the end of it, I was so sick of myself and my own lack of productivity that I sat down and forced myself to come up with as many writing prompts as I could think of. It turns out, sometimes writing about writing is easier than writing!

Once I had these prompts, my slump seemed to be cut short! I felt inspired and excited again about the prospect of writing, and now I’m going to share some of these prompts with you, in case you’re feeling blocked up as well.

–Write a love letter to your best friend.

–Pick a color, and then come up with every word you can think of to describe that color.
For example, green is fresh, dewy, sharp, alive, witty, etc.

–Make up a new astrological sign and write a horoscope or two for it.

–Write about the most embarrassing thing that ever happened to you, but write about it happening to someone else.

–Create a superhero with a really mundane superpower.
For example, write about a hero whose only power is always knowing exactly the right size Tupperware to choose for that night’s leftovers.

–Write a fake origin story for your town.
Did you know Baltimore, Maryland was actually founded by a colony of stray llamas? Not many people know that.

–Think about a phrase you hate, and write a poem in which you use it in a positive way.
For me, that phrase is “Bless your heart.” I challenged myself to use it in a new light in a poem, and actually liked the way it turned out. Go figure.

–Write an online dating profile for a long-dead historical figure.

–Come up with every single word you can think of to use instead of the word “sad.” Then do that for “happy.”

–Make up some missed connections.

–Come up with weird backstories for all the people on your family tree who you don’t know anything about.

–Write your own obituary.
This sounds dark, but it’s actually kind of a great exercise for considering what you want your legacy to be!

–Make up a fairy tale set in modern times, in your city.
All the most epic romances begin with, “And they both swiped right,” right?

–Write as many haikus as you can muster.
In the game of words,
Brevity is the true goal.
Five, seven, five, done.

–Come up with some fake quotes for celebrities who are constantly misquoted, i.e. Audrey Hepburn, Marilyn Monroe, etc.
“You know what they say… Marry the booty, buy the boobs.” – Marilyn Monroe

–Make up a bunch of facts about your favorite adorable animal.
Did you know koalas are great at hopscotch?

–Write down everything you know about your grandparents.

–Write a love letter to your favorite literary character.

–Go to Flickr.com (or any major photo website) and write a short story about what’s happening in one of the random photos on the homepage.

Now get to writing! 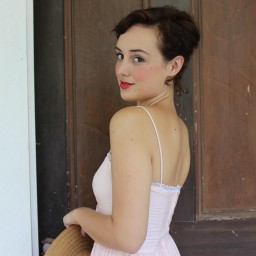 How Many Americans Are Freelancing? More Than You Think

Though the monthly Bureau of Labor Statistics (also known as the jobs report) woefully neglect the new class of freelancers,…

4 Entrepreneurs Who Made Blogging Their Full-Time Job

The benefits of blogging are many, and, at this point, they're fairly well known. Almost any small business owner can…