Photography is not about the camera, it is about the image. The very word itself tells us this. But, as with all pursuits involving tools, photography requires us to choose the tools we use. Sometimes we get so hung up on those tools and wrangling them to our will, that we forget why we have them.

Our very own Chase Jarvis has emphasized the point that the best camera is the one you have with you. In the most basic sense, he is absolutely right. A camera is of absolutely no use if it’s sitting on a shelf at home.

Today, I’d like to run you quickly through my switch to using Fujifilm cameras and how it has shaped my approach to photography. We’ll start from the humble beginnings of the original X100 and work through to the culmination of everything that Fujifilm is in the X-T2. While this may may seem contrary to the beginning of the article, please hear me out. My first Fujifilm camera was the X100. With its fixed 23mm f/2 lens, it brought photography back to what was important to me – the image. Three simple controls (the exposure triangle) and one focal length gave a new lease-on-life to my photography. It’s small lightweight body and silent operation meant that I could shoot anywhere and anytime. This to me was an enormous difference from shooting with bulky DSLRs and the huge lenses that accompany them. But it was extremely slow to focus and write files to the card, so it still wasn’t great for all purposes.

After a while of shooting with the X100, I decided I wanted to try the interchangeable lens Fuji X system and picked up an X-T1 with a 35mm f/1.4. This quickly became my walk-around camera while I was out in Seoul. As with the X100, the X-T1 was lightweight and near silent in operation. It also had an even better layout for the basic controls of the camera. Needless to say — it brought it everywhere.

Since the day I bought the X-T1, my Fujifilm gear collection has grown to include a full selection of lenses. I now have the ability to shoot anything I can with my DSLR system. Over that time, Fujifilm has worked tirelessly to improve their cameras and lenses to the point where they can compete with DSLRs. Recently, I added the new X-T2 to my kit. The X-T2 has retained all the features of the previous X Series cameras but has refined them significantly. So, this sounds an awful lot like gear talk. What does this all have to do with the image? Well, there should be a couple of clues above, but let’s take a look at them in more depth.

What some might call retro-styling, I would argue is a simplification of the photographic process. With the Fujifilm X-System, you have physical dials for ISO, shutter, and aperture camera setting. These three variables are the basis of every single photograph you will ever make.

As manufacturers moved away from physical aperture rings to electronic control, the aperture ring slowly became a thing of the past. For me, however, having that tangible control attached to the device it is controlling makes sense. It is where it should be. This tactility is what makes the Fujifilm system so attractive.

As the name suggests, mirrorless cameras have no mirror to bounce light through a prism and show you the scene you are photographing, they need an alternate way to achieve this. Some use the LCD screen on the back of the camera, and others have gone so far as to include a second, smaller LCD to replace the viewfinder known as an electronic viewfinder (EVF).

This, for me, is a game changer in photography. Being that it is a feed directly from your imaging sensor, and not bounced light from the real world, there are several advantageous things that can be done when using an EVF.

Firstly, you can preview white balance and exposure before you even take the shot. In tricky situations, this can be a huge boon. By previewing the image before you take it, you can fine tune the exposure without any guesswork or test shots. If you take this one step further, you can actually preview Fujifilm’s Film Simulations in the viewfinder. For example, if you set the camera to Acros, you will actually see a black-and-white preview in the viewfinder. With all the necessary controls accessible in logical places, an EVF that provides a what-you-see-is-what-you-get experience, a tiny form-factor that is both high quality and lightweight, the Fujifilm X Series are cameras designed to make you focus on the photography and not the camera.

For me, the Fujifilm system drives me to get out and explore the world; it is a kit I feel like using. The camera encourages me to take more photographs. It reinforces my love of photography and the art of making photographs, not the collection of lenses to boast about and rigorously test. If your gear gets in the way of you shooting an image, it’s not doing its job. You have to feel your gear, have it be an extension of your arm. If you don’t enjoy using it, your photographs will suffer. This is the space the Fujifilm X-T2 has filled for me. I don’t notice it while I’m shooting. The tactile nature of the camera, the image preview, and the feel of it in my hands all culminate to make a camera that is no longer a barrier between me and the photograph. In the end, the camera itself doesn’t actually matter. Nobody truly cares what the latest cover of Time Magazine was shot on, or which lens Steve McCurry used to create his classic image, the Afghan Girl. What matters is the image and what it says. 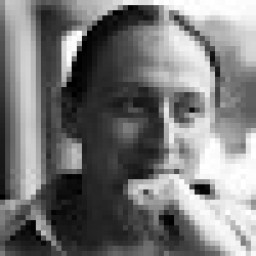 Dylan Goldby is an Aussie photographer based out of Seoul, South Korea. His primary business is family portraiture, but he frequently travels to add to his ongoing Tattoos of Asia project.

Fujifilm X-T2 Is Coming But Should You Buy It?

The Fujifilm X-T2 is available to pre-order and we are excited. The X series line of cameras from Fuji has…