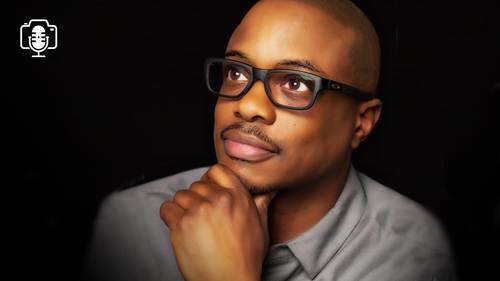 Hello, everyone. And welcome to Creativelive. Welcome back to Creativelive. I'm your host, Ken Klosterman, and we're here for another live episode of our podcast. We are photographers where we take you in in depth conversations with our favorite photographers, filmmakers, industry greats all over the world, from their homes to my home to yours. And so whether you are watching on creativelive dot com slash tv, where you can click on the joint chat icon and start chatting where you are tuning in from, you know, we always love to do those shoutouts or if you're watching on creativelive social media. Welcome, welcome. Welcome again. We love to hear where in the world you're tuning in from. We are a community of creatives globally, and we just love to hear from you. So as those start coming in, I am going Thio, introduce our guest today. His name is Frederic Van Johnson, and he is one of the industry greats who I am thrilled to have on the podcast. Frederick is best known for his podcast th...

In this episode, we talk about the joys and challenges of building an authentic community. A true entrepreneur, Frederick shares what it takes to continually test and learn as you iterate on growing your business. Hear how he spearheaded the onboarding and daily use of digital imaging processes and DSLR camera equipment in the US Armed Forces. Find out the true definition of amateur and why Frederick loves creating unprofessionally. Get a preview of the new cinematic multi-media universes that Frederick has up his sleeve.

Frederick Van Johnson is a passionate entrepreneur, marketer, and the founder and Editor-in-Chief of The TWiP Network. He also produces Skylum Software’s podcast - Behind the Seen. A professional photographer for several decades, Frederick began his career as a Combat Photojournalist in the US Air Force, where he served for 8 years, and was decorated many times for his exemplary work in the field. An alum at Apple and Adobe Systems, Frederick was a key player in the development of iPhoto and Adobe Photoshop Lightroom.